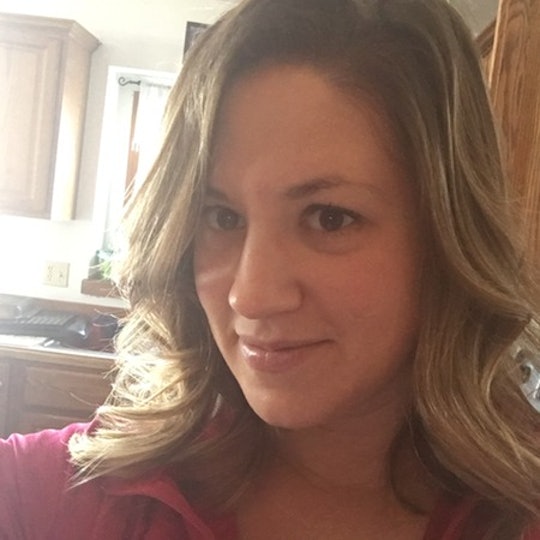 I Tried The Whole30 Diet & This Is What Happened

It seems like pretty much everywhere you turn these days, someone is humble-bragging about doing the Whole30 Program. It's all over Instagram and the rest of the Internet, seemingly as a way for people to either tell the world how healthy they are or to keep themselves motivated on the path to a healthier life. Even though I've never been one for super restrictive diets, I am always up for a challenge and I was super curious to see what all the fuss surrounding trying Whole30 diet was about. If you're curious what the Whole30 diet is, it's a program designed to reset your metabolism and reshape your relationship with food, according to PopSugar. It was developed by Melissa and Dallas Hartwig, who both have backgrounds in sports nutrition, physical therapy, and anatomy.

The premise of the diet, PopSugar continues, is to strip away hormone-unbalancing, gut-disrupting, and inflammatory food groups, like sugar, dairy, alcohol, legumes, and grains. Testimonials from users include everything from success in beating diabetes to help treating symptoms of myasthenia gravis diagnosis.

I decided that for a month, I'd do the Whole30 program. It involves following a super strict set of rules: there is no processed anything, no dairy and no grains, and because the program aims to tackle your emotional issues with food, you aren't supposed to make healthy versions of anything tasty, like Paleo muffins or something. You're supposed to focus on the basics of food as fuel, and even though the 30 days isn't meant to be a lifelong way of eating, it is supposed to change how you view food forever.

So here's how the Whole30 went down for me.

Coming off the Paleo diet, I felt strong going into my Whole30 since I already knew most of the "rules." However, the Whole30 was even more restrictive than Paleo, and by day two of my first week of the Whole30 I was freaking starving. Honestly, I felt like I was eating and I just could not get full. I focused on eating the whole foods I knew would fill me up: eggs and spinach were always my go-tos, as well as almond butter. I still had some leftover homemade sausage that my husband had made from my Paleo experiment, so that was an amazing to keep me full. (Also, it was delicious.)

Doing the Whole30 this far has taught me perhaps the most important lesson I could've ever learned about food: to pay attention to how food makes me feel.

By the end of week one, however, I have to admit that I made one huge concession with the Whole30 — I went back to putting half and half in my coffee. The Whole30 founders make a huge deal about this, but you know what? I gave it a go for several weeks and I just don't like black coffee. Coffee with a splash of half-and-half is honestly like a little piece of heaven to me and at this particular stage in my life, it feels like it's the only time I have for happiness in my day. I have no desire to give that up, even for 30 days. So yeah, I immediately failed that part of the Whole30, but I don't even feel badly about it. Maybe that says something about me and maybe I'm exactly the type of person who needs Whole30 to break my attachment with my half-and-half, but I guess we'll never know now, will we?

If you're noticing my Whole30 theme as spinach, spinach, and more spinach, congratulations, because you're right. I pretty much ate spinach with every meal now and strangely, I'm not sick of it. Just call me Popeye.

As soon as I cut dairy out, all of those issues went away. It was unbelievable. I even reintroduced cheese into my scrambled eggs on purpose one morning just to test it out and unsurprisingly, I had an instant upset stomach.

The hardest part about the Whole30 by now, however, is that at almost 2 p.m. on the dot in the afternoon and I'm constantly craving is chocolate. Coincidentally, my chocolate craving seemed to coincide with my kids' nap times, and fighting back against the urge to dig into the deliciousness was nearly absolutely impossible. That's the thing about this diet: not having any of my favorites only makes me want them more. And more. And more.

Three weeks into the Whole30 and the only way I'm surviving this challenge is by I completely becoming a creature of habit. There's no fun to my meals. No imagination. No excitement. Twenty-one days in, and my staples include: turkey, sweet potatoes, frozen broccoli, spinach, almonds, almond butter, and salmon. Oh, and eggs, obviously.

In some ways, eating the same food over and over is kind of a nice thing, because it makes shopping and meal prep so easy, but on the other hand, it sucks. I'm married to a man who is an amazing cook. He whips up homemade pizza and breadsticks like it's nothing, makes chicken stock from bones for soup, and sears meat so perfectly you drool just smelling it. The fact that I feel like I've lost everything that makes eating with people fun — sharing something, enjoying the bites — is the worst. However, doing the Whole30 this far has taught me perhaps the most important lesson I could've ever learned about food: to pay attention to how food makes me feel.

This, it turns out, is a game-changer for me, and I'm not even exaggerating when I say that it's literally changed my life. Thanks to Whole30, I was able to cut out dairy (and yes, I know, that half-and-half is dairy, but for some reason, it doesn't affect me like cheese and milk does) for long enough to realize that I feel completely different without dairy in my life. For as long as I can remember, I've had weird digestive issues — I always feel bloated and have horrible gas, to the point that my whole family has always made fun of me for it — and I am usually running to the bathroom all day. But as soon as I cut dairy out, all of those issues went away. It was unbelievable. I even reintroduced cheese into my scrambled eggs on purpose one morning just to test it out and unsurprisingly, I had an instant upset stomach. Horrible stomach pain, gas; the whole nine years. I couldn't believe it, but apparently I have some kind of dairy intolerance, and I honestly would have never realized it had I not been "forced" to cut out dairy completely.

I don't know if I have an official name for how I feel when I eat diary — butter and half-and-half don't seem to bother me the same way cheese does — but that may be related to how the lactose is broken down.

I'm not interested in following a super restrictive lifestyle or diet, even though I do feel like knowing exactly what you can and can not eat is helpful.

Bottom line is that the Whole30 has taught me to pay attention to how food makes me feel, and that has felt like a lightbulb going off in my brain. I've learned that I can live without cheese forever (except feta doesn't upset my stomach either, which is weird but maybe goat cheese is broken down differently?), I cannot, under any circumstances, eat spaghetti squash, and red meat (except bacon) upsets my stomach horribly as well. I can't eat hamburger, steak, or processed sausage without awful stomach pain and indigestion.

I made it through my last week of Whole30, and even though I knew I'd broken a few rules here and there, I felt like I was still able to keep going with the good parts of the program. I came to crave clean eating, even though I still definitely struggled with giving up sweets. I'm pretty proud of myself for getting more comfortable cooking for myself at lunch, which, before doing the Whole30, I always kind of considered a waste of time. I'm happy to cook for my kids, of course, but for myself? It always felt like a waste. Now, however, I enjoy making something to power me through the rest of the day. More than wanting to make something, I know my body needs it, and I'm happy to oblige.

Today, even though I'm "officially" done with the Whole30, I'm still following a lot of the principles of the program, with a few modifications. I try to eat carbs at only one meal during the day, and I throw in vegetables wherever and wherever I can, like in the above beautiful turkey taco salad.

Did Whole30 Change My Life?

Even though I didn't complete the Whole30 diet the way you're supposed to, I do still feel like I learned a lot just by trying it. To be perfectly honest, I'm not interested in following a super restrictive lifestyle or diet, even though I do feel like knowing exactly what you can and can not eat is helpful. Maybe all of these trends towards very restrictive dieting are meant to be a tool to shake up how we think about food and our relationship with food so that ultimately we're the ones in control. But who knows! I feel like restrictive eating takes that decision-making right out of your hands, so you have no "choice," and I'm not entirely sure I'm on board with that.

But for me, having the opportunity to be freed from the horrible pain and stomach problems I've dealt with as long as I can remember felt too good to be true. I'm amazed that such a small thing could make such a big difference in my life and even though I mourn the loss of cheese and ice cream a bit, I also know that the way they make me feel is simply not worth it. I may have failed the Whole30 just a little bit, but I still feel like what I've gained is so much more important.