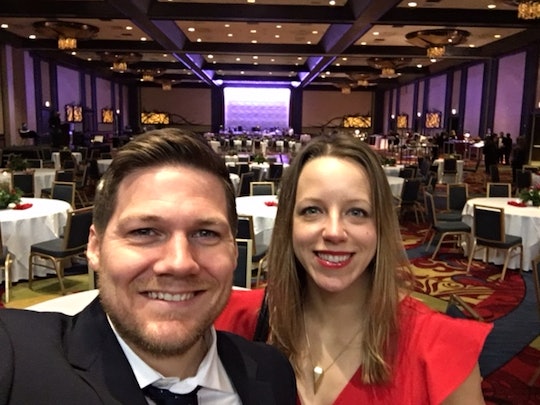 Since becoming a father 8 months ago, I’ve now joined the esteemed fraternal order of judging how other parents raise their children. I love brushing up on my newfound skills, especially when I'm on airplanes or when I'm hanging out with my relatives' children during the holidays. "Why can’t other parents just see that the way my wife and I parent is perfect, and that everyone should do it our way?" I often ask myself.

With that in mind, I was bemused to hear about this new trend hipster dads are adopting in Brooklyn. According to the Daily Beast, fathers are teaching their kids to call them “Papa” instead of the good old-fashioned “dad” or “daddy.” In the article, one father went as far as to say that he wanted to be called "papa" because “‘dad’ and ‘mom’ are very Saved by the Bell-ish." (Honestly, to me this seems like a pretty strong argument in favor of the term "dad": after all, A.C. Slater single-handedly taught me how to sit in a classroom chair the cool way — backward. Also, had this dad never heard of Zack Attack?)

It seemed like the height of pretension to insist your kids call you "papa," like when someone you know studies abroad for a semester in London and comes back saying “cheers” to everything instead of “thanks."

When I read the article, my judgmental parent spidey senses started tingling. It seemed like the height of pretension to insist your kids call you "papa," like when someone you know studies abroad for a semester in London and comes back saying “cheers” to everything instead of “thanks." But I wondered if perhaps I was judging these dads too harshly. After all, one of my literary heroes, Ernest Hemingway, was called "Papa" by his friends. Then I remembered that he earned that nickname by fighting bulls, fishing for marlins with his bare hands, and being functionally drunk 24/7, not by drinking kombucha while staring into the mirror, trimming his beard to better accentuate the beanie he wears indoors at all times.

In the interest of journalism, I wanted to see if maybe Hemingway and these Brooklyn papas had a point. Maybe "dad" and "dada" were just as outdated as A.C. Slater's Jheri curl. So I decided to start trying to get my 8-month-old daughter Maisie to call me "papa" for a week, just to see if it would catch on.

My first inclination was to start dropping “Papa” into my normal, daily baby talk with Maisie. For the sake of full disclosure, I should point out that I’ve been trying to get her to say “Da-da” for the last 3 months or so, and she’s been a real dick about it. Whenever I say, “Da-da” 3 inches from her face, she just gives me a weird sort of half-smile and does this thing where she acts like she's trying to wave, but she's really just pummeling my face with a closed fist. (Hey, Maisie: people wave with open hands, and I know you know that. You’re not fooling anyone with your adorable laughter and your surprising baby strength.)

If Maisie wouldn't say "Da-da," I reasoned, then maybe switching to “Papa” would be easier for her. Maybe we could really get it to stick, and for the rest of her childhood, she’d be the one kid calling me "papa" when I dropped her off at school, as in, “Just leave, Papa. Stop trying to do the robot while hugging me in public."

So I merrily went about my new mission, repeating “Papa? Pa-pa? Paaaaa-paaaaaaaaaaa” over and over again, a few inches from her little face. It was then that I realized I had forgotten to tell my wife about my little experiment, because she kept looking at me with a puzzled, "oh, what now?" look on her face. (Pro-tip for you readers: communication seems to be a big deal in both marriage AND parenthood. Go figure.)

"Just go ahead and stick a man-bun on your toddler and get it over with," I thought.

Then I had an epiphany of sorts: I couldn’t do this to my little girl. My job as a parent is to set her up on the right track for life. I'm supposed to say things like “Don’t cross the street without looking both ways first,” and “No, you can’t have that soda. But here’s a Capri Sun,” and “Steer clear of the Andersons down the street, I hear that they voted for Trump.” So my first real action as a parent shouldn’t be “Tell you what, let’s shoe-horn my pro-papa agenda on you right out of the gate. You're gonna call me Papa now.”

I realized that these Brooklyn dads weren't just adopting quaint parenting terminology for the hell of it. Essentially, they were taking the act of parenting and making it about them, because "dad” simply wasn’t cool enough anymore. In this new world of constant one-upmanship on social media, where parents are desperately trying to find what makes them more hip and unique, these dads couldn't wait to find the next thing to differentiate them from other parents down the block. They weren't just making themselves look pretentious; they were also foisting their pro-papa agenda onto their children before they had a chance to say anything about it. "Just go ahead and stick a man-bun on your toddler and get it over with," I thought.

If Maisie woke up one day and just started calling me “Papa” on her own, then great. I’m fine living in a world where I’m Papa instead of Daddy. Hell, I’ll even try kombucha. The point is, if you’re ever trying to impart something onto your kid, I just hope you have the talk with yourself first and ask: Am I doing this for me? Or them?

For now, I'm going to let Maisie continue to throw haymakers at my face while I try to get her to call me "Da-da." In the meantime, it's Maisie’s first Christmas, and we’re about to start decorating the tree. I’m beyond excited for her to have her first visit from Santa this year. Or as they call him in Brooklyn: Papa Christmas.