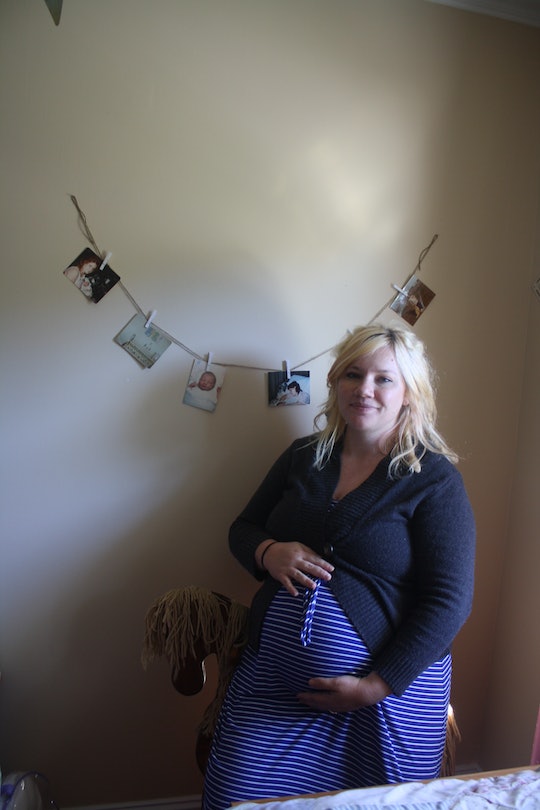 I Waited Until I Was In My 30s To Have Kids, & I’ll Never Regret It

When people talk about getting pregnant after 30, it seems like all you hear is bad news related to fertility issues, or the health risks of conceiving later in life. And while those risks do exist, I have absolutely no regrets about waiting until my 30s to have kids. In fact, I think it's one of the best decisions I ever made.

When I got married at age 21, I wasn’t exactly planning to wait 9 years before conceiving, but I felt I had plenty of time to think about starting a family, so I let it happen when it felt right. For me, that wasn’t until I was 30.

My parents, however, didn’t exactly see it that way. They would make countless inappropriate comments about me giving them a grandchild. “Don't you want to experience being a mother?” my mom would ask. I could never seem to get her to understand that I very much did want that experience, but that I wanted to do it in my own time and do it when I felt ready.

Holidays were especially hard for us. It was difficult spending time with my family without hearing them bug us about "what in the world we were doing with all the time on our hands without kids." We felt like we were damned if we did, damned if we didn't: after all, if you get pregnant young, people tend to shame you for not “living life” more, while if you get pregnant later in life, you'll inevitably be shamed for waiting too long.

It wasn't just my parents who dropped hints about my husband and I having kids. Even at our wedding, we heard guests tell us we should "start working on making a baby" after we thanked them for coming. While these comments were likely intended as a joke, I grew up in a small-town, rural, Southern conservative culture, so I knew that they were at least in part meant in earnest.

Either way, I disagreed with the idea that once you're a wife, you need to become a mother immediately, or you're not considered a complete person. Although I don't disagree that being a wife and a mom is awesome, I take issue with the cultural or familial pressure on women to be those things.

Part of the reason why I felt so much pressure to have kids at a young age is because my parents got married at 19 and had me at 20, I felt like they expected something similar from me. I admit that when I was growing up, there were things I enjoyed about having a young mom. She was only 35 when I was 15, so she was often asked by strangers if she was my older sister, and it always seemed like she was able to relate to me and my friends.

But there were things I didn’t like about having a young mom as well. My parents spent their 30s “figuring out" their lives which usually entailed them moving and changing jobs frequently. That meant I had to change high school at least three times when I was a teenager. As a result, I often resented my parents for not having "figured out" their own lives before they became parents, especially because they openly shared their problems and frustrations with me.

My experience growing up with young parents is largely the reason why I waited so long to get pregnant.

My experience growing up with young parents is largely the reason why I waited so long to get pregnant. I knew it wasn't exactly rational to wait until I'd become a perfect human being before I brought a kid into the world, but I felt like there were certainly some things my husband and I could get a handle on before becoming parents. We needed to learn how to handle tough situations and actively work towards handling our tempers and emotions, so our own children wouldn’t have to witness our disagreements with each other or our frustrations in life, as I saw with my own parents.

My husband and I spent a lot of time working out the kinks in our marriage before we felt ready to have kids. One night, we were getting ready for bed and we were talking about our future together, and somehow I knew that we both felt ready and excited for parenthood. Yet due to our jobs and previous commitments, it took two more years before we actually started trying to get pregnant.

I'm grateful that I waited to have kids, because the foundation I built in my 20s helped me become the mother I want to be.

I am now a 32-year-old mom to a 15-month-old daughter. I'm still not totally mature, and I don’t handle everything perfectly in front of my daughter. Nonetheless, I'm grateful that I waited to have kids, because the foundation I built in my 20s helped me become the mother I want to be. I can’t imagine what it would have been like for me emotionally to have my first kid when I was 20, as my mom did. But that’s the thing: there are plenty of women who do have children young and come to terms with that. We all have a different story. My parents have their story. I have mine.

Eventually, my husband and I would like to have more kids, and we've discussed getting pregnant in the next year. Yet I realize that if I try to get pregnant now, it'll be more difficult. I’ll be asking my body to go through another pregnancy, labor, and delivery at a time when the female body tends to decline in fertility; there will also be a higher risk of complications. That said, I believe that good health is also a mindset, and I intend on keeping a positive outlook on birthing children in my thirties. Come what may, I’ll never regret waiting, because it turned me into the mom I wanted to be.