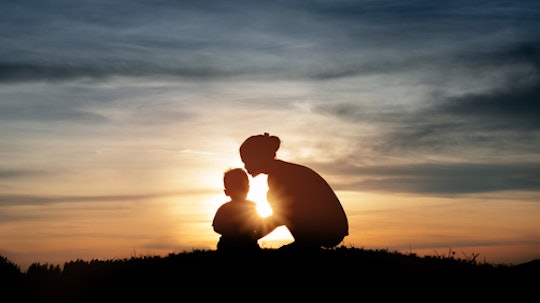 I Wanted My Kids To Have A Dad, But Staying Would Have Killed Me

I was hosting a housewarming party at my apartment, and my friend Patrice told me she'd invited a longtime male friend of hers who she thought might be a perfect match for me. The moment he walked in, my world changed. He was tall, but his burly physique was cut with adorable dimples and the biggest, warmest smile I had ever seen on a man. I fell for him instantly, as they say. Looking back, I never thought that I'd wind up recasting that moment as something I had to survive, from my position in the future as a domestic violence survivor.

This handsome man charmed me and my two kids, Deejay and Tiff, 13 and 10, and soon became part of our everyday lives. He rose every morning and helped dress the kids. He cooked a mean breakfast. He took the three of us to the park, watching over us the whole time. The kids felt safe around him and, by extension, so did I.

I thought I had hit the jackpot. In just a few short weeks, I had gone from being single and lonely to having what I'd always thought I wanted — a man in my life and, moreover, a man who loved my children, had a steady job, and brought home a steady paycheck. I had been through so many bad men that I did not feel that I deserved a good one. It wasn't long, however, before his true nature became clear. I'm a survivor of domestic abuse, and this is my story.

As things started to look up at home, I noticed how protective he had become of my children. He was also protective over me. When I visited my mother, he would show up an hour later to make sure we were OK. I thought his protectiveness was out of love, but my mother was not buying it. She had more life experience than I did, and knew something was a little bit off. She found him strange and possessive.

My mother and I argued about his intentions. I thought my mother was jealous of my happiness and security, and ranted about how she didn’t understand what I had because she’d never had it before. My sister was also suspicious of my boyfriend. She described him as a “mean-looking man.” I thought he was just a naturally serious person and explained to her how much he cared about my family.

I did not want to have an abortion, but I also did not want to lose the security that having him in my life brought me. I didn’t want to keep the baby and lose him in the process.

One morning, I woke up feeing nauseous and started vomiting in the bathroom. He ran to the pharmacy to get a pregnancy test. It was positive.

He convinced me that I was in no position to have a baby and said we had no choice but to abort. Truth be told, I did not want to have an abortion, but I also did not want to lose the security that having him in my life brought me. I didn’t want to keep the baby and lose him in the process. It was an excruciating decision.

As I sat at the clinic awaiting my appointment, I knew that I did not want to have the procedure. I was hurt and confused and searching for answers. If he truly loves me, why wouldn't he want me to have his baby? I asked myself.

I left the clinic after the procedure sore, sad, and unsure if I had made the right decision. Then I saw him holding flowers in front of a taxi he had hailed for us. On the ride home, he explained how heartbroken he was and explained that this would not happen again.

Two months later, I got pregnant again. The baby, Carlos, was delivered successfully via c-section. When I asked to hold him a little later in my recovery, the nurses could not find my baby or his father. They searched the hospital for him for over an hour while I panicked. Where the hell was my baby and where the hell was he? What had he done?

Finally, he returned to the delivery room holding our baby. Somehow, he had managed to get Carlos without the nurses knowing. He said that he didn’t care about what the hospital or I thought — he had to bond with his baby.

Fueled by adrenaline, I screamed, “Give me my damn baby!”

Things started to deteriorate from there. He became possessive of Carlos, and was reluctant to even allow me to feed him. Any time he handed the baby over, he made me feel like I was a stranger holding his baby. I realized my mother and sister had been right. He was trying to control me and everything I did.

My motherly instincts kicked in the next time he refused to hand Carlos over to me for his feeding. Fueled by adrenaline, I screamed, “Give me my damn baby!”

The seconds that followed were a blank. One slap knocked me down. I stood up and attempted to hit back. With Carlos in one arm, he used his other hand to slap me again. I fell and realized I couldn’t beat him with just my hands. I grabbed a lamp to throw, but he had Carlos in his arms. When I tried to put the lamp down, he took one step toward me and punched me in my chest, knocking the wind out of me. He was too big. I couldn’t beat him.

The abuse continued for months, until one day it turned deadly. He stabbed me in the face in our apartment when I told him I was leaving him. He stabbed my son Deejay, too, and in that moment I truly thought we were going to die. In a moment of clarity, I realized that if we could just get the front door open, it would lead to safety. I told him that I was dying, and that if he opened the door to get help we would say someone broke in and stabbed us. We all left the apartment, and then our neighbor saw us and called the police.

When the first police car arrived, I told the officer that my husband had been the one who stabbed us. I got into the ambulance. It was 4 a.m. on July 4. It was my Independence Day.

People need to know that that there is hope and that people can escape abuse and rebuild their lives.

I was terrified and knew this man would do whatever it took to find me and kill me for telling the police. Even after escaping, I was in danger, maybe even more than I ever had been. Urban Resource Institute’s shelter locations are kept entirely secret to ensure the safety of the families who live there. I was picked up from the hospital and taken to a URI domestic violence shelter and even my family couldn’t know where I was. While this initially felt isolating, I am sure that it saved my life. I was first and foremost the mother of three, and needed to set an example and build a better life for my children. And that’s just what I did.

Ever since, I have advocated for moms and families experiencing domestic violence. People need to know that that there is hope and that people can escape abuse and rebuild their lives. I consider myself more than a survivor, but a conqueror of domestic violence. This was not my first abusive relationship, but it will be my last. I was able to end the cycle by recognizing the warning signs and avoid these types of relationships. I want to share my story so others can be inspired to leave their abusers and find their own independence.

Kitty Bey is a survivor of domestic violence. She has left her abusive partner and now advocates for people experiencing domestic violence. If you or someone you know is being abused, please call the 24-hour National Domestic Violence Hotline at 1-800-799-7233. For more information on domestic violence please visit urinyc.org.

More Like This
I'm Having A Slow Lazy Summer For the First Time In 20 Years & It’s All Thanks To My Son
Dr. Jill Biden Just Delivered Some Frank, But Powerful, Advice On Motherhood
Reddit Applauds Mom Of Five Who Stood Her Ground & Left Sleeping Dad Behind
I’m A Newly Single Mom. How Do I Get Over My Body Insecurity?