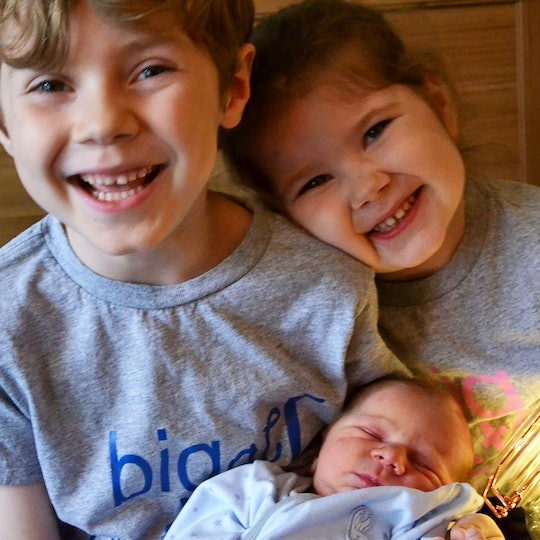 I Was A Babysitter, & Here's Why I'd Never Hire One

When my partner and I want to have a date night, we wait until my parents are available to watch the kids. As a result, we pretty much only have date night a few times a year. That's not because I don't think dates are important – they definitely are. In fact, I often bemoan the fact that my partner and I only hang out after the kids are asleep. But I'm just not super comfortable leaving my kids with people who aren't in my family. That's why I'll never hire a babysitter to watch my kids, especially if they're in their teens — I don't care how responsible they are.

My feelings about hiring a babysitter mostly stem from my own childhood experiences with them. My parents hired them fairly often, and to be honest, I loved most of the regular sitters we had. We got to watch extra TV. We got to eat delivered pizza or mac and cheese from a box. And it was really easy to convince them to let us stay up an extra hour past bedtime. It was all great fun.

When I was a teenager, I became a babysitter myself. I was responsible. I liked kids. I even took the Red Cross babysitting course. The parents would ask how much I charged, and I'd shrug and say whatever they wanted to pay me was fine, because I didn't want to seem demanding or argumentative. (To be honest, this is part and parcel of my lifelong struggle to be more assertive about my needs.) I just wanted to please the parents. I didn't want to make waves. They'd go through their spiel, show me the numbers on the fridge, and go over the rules of the fridge. They'd ask me if I had any questions. I'd always say no, because I didn't want them to think I wasn't capable.

The parents would always emphasize that I should call them if I had any questions or problems at all. But I never did that. Ever. That's in part because my charges never had medical emergencies, and since no one was bleeding or puking, I didn't feel the need to call the parents. But there were definitely times when I should have.

Once, I was watching a baby and preparing his bottle, even though I had no idea how to warm it. This was before smart phones were ubiquitous, so I suppose babysitters these days can Google that sort of thing. But when I think about someone watching my baby and not knowing how to warm a bottle, I shudder.

I can't trust a teenager I just met to watch my kids, no matter how qualified she might be.

There were also times when the kids I was watching were really poorly behaved, and I had no control over them whatsoever. I routinely babysat for this one family with three kids, and the middle child was young enough that he still needed a nap. When it was time for him to nap, it was an all-out war. He would do anything to avoid taking a nap. Once, he even picked up a broom and swung it at me. When I took the broom away, he tried to stab me with a fork. I was so out of my depth, and I had trouble being stern with him because, again, I didn't want to be perceived as anything other than soft-spoken and nice.

If that wasn't bad enough, his mom came home in the afternoon and asked me how things went. "Fine," I said.

When I look back on my experiences as a babysitter, I cringe. I can see how my being a people-pleaser stood in the way of me doing a good job. I know now that those parents really did want to hear if their kids behaved well while they were gone, and they really would want a call if I didn't know how to do something. But I was too young and immature to speak up. I was worried about what those parents would think, not about whether it was in the kids' best interest to stay silent.

I'm not saying every teenage babysitter would struggle with those same issues. But I do think the power dynamic of babysitting is inherently a little bit screwed up: you're young and vulnerable, and you feel like you have to say yes to every job and every rate. On top of that, you also feel compelled to tell the parents that their children were angels.

Even the most well-meaning, responsible teenager isn't necessarily qualified to babysit.

Now that I'm a parent, I sometimes watch my friends' kids as a favor to them. (It seems weird to accept money for it.) Occasionally, they'll do the same for me. I trust them, because I know them really well. If they have questions, they'll call or text me. But I can't see trusting a teenager I just met to watch my kids, no matter how qualified they might be, because I don't think they'd do the same. It has nothing to do with their age. It has to do with the fact that they'll see me as an authority figure and not a peer, so they're less likely to be honest with me. And that's frightening, because if someone is responsible for your kids' safety, you want them to be honest with you and you want to be on the same page as them.

I know from my experience as a teenage babysitter that it's a hard job caring for multiple children. To say that it's easy and anyone could do it without any practice or training undervalues not only what babysitters do, but also what I do every day as a stay-at-home mom. Even the most well-meaning, responsible teenager isn't necessarily qualified for the task.

So for the time being, my partner and I don't get to go out on lots of date nights. I hope that one day we will, but I'm OK with staying home with my kids most nights if it gives me the peace of mind knowing that they are in good hands. I might revise my stance one day, but for now, we'll just get to go out when my parents are free.