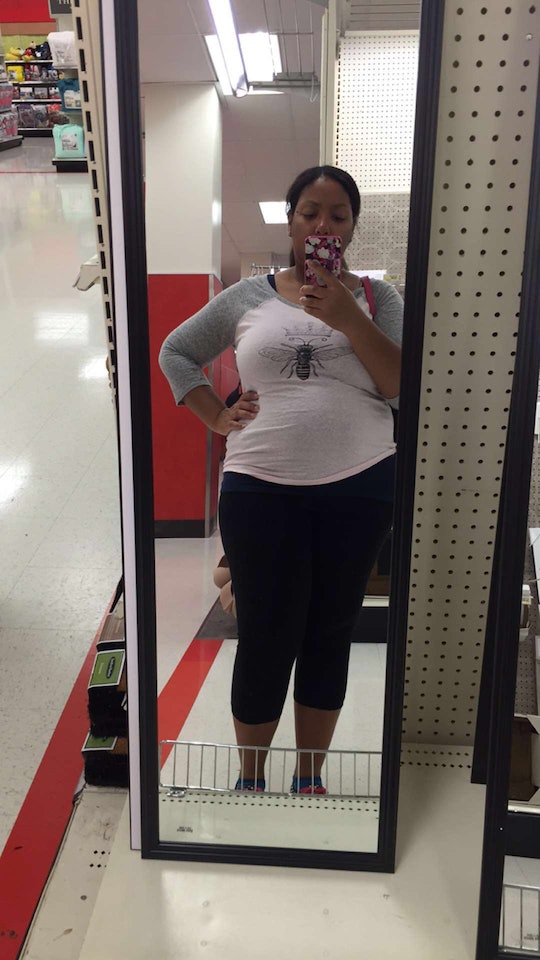 I Was A Pregnant Vegan

When some women find out they're pregnant, they start drinking more milk, eating more eggs, and eating leaner cuts of meat so they can get more protein. When I found out I was pregnant with my fourth child, I was a vegan, so I didn't do any of those things. It was a natural decision for me to continue my vegan lifestyle — not only because I love animals, but because I wanted to be healthier, and in turn, have a healthy baby.

I became a vegan in the summer of 2015. I'd always been a picky eater as a kid, and when I became an adult, I hated cooking meat. The smell and feel of raw meat always turned my stomach. When I became a mother, I had to figure out what to cook for my children and figure out what was healthy for all of us. My 7-year-old twins would also turn up their noses every time I cooked a dish with meat, so cooking vegetarian was an easy choice for us.

When I made the decision to go vegan, my health got so much better. My cholesterol had always been low, but I was sure it was something I'd probably never have to worry about. I no longer felt light-headed and overtired by the middle of the day and I was sleeping better. Best of all, my adult acne went away, and I lost 30 pounds.

When I told my friends I was pregnant, they assumed that I'd have to give up on being vegan, even though I didn't know if I could bring myself to do so. I also wasn't sure if my doctor would approve of me continuing to eat vegan during my pregnancy. After all, pregnant women need protein, calcium, iron, and vitamin B12 to help their babies grow and develop, and many vegans are at increased risk of iron and vitamin deficiency. I did some research and found that there actually hasn't been many studies done on vegan diets during pregnancy. But most evidence seems to suggest that as long as you watch your iron and vitamin intake, it should be OK.

I remembered an episode of Friends where Phoebe, who's a vegetarian, starts craving meat while she's pregnant. I was sure that at some point, I would want a burger or a whole meatloaf.

During my first prenatal appointment, I expected my doctor to tell me I'd have to change my diet. At the very beginning of the appointment, I told her I was eating a plant-based diet and had been for about a year. I was shocked to find out that she was also a vegan, and she completely understood that I wanted to maintain my diet during pregnancy. I took prenatal vitamins, watched my soy intake, and made sure to get enough protein, iron and calcium. I ate beans, drank almond milk, and never went anywhere without my water bottle also.

During my second trimester, I was concerned that I would start having cravings for meat. I remembered an episode of Friends where Phoebe, who's a vegetarian, starts craving meat while she's pregnant. I was sure that at some point, I would want a burger or a whole meatloaf. When I started craving meat, I'd tell my husband what I wanted, and somehow, he always found a way to make me an acceptable substitute. When I craved a burger, he made me a Boca burger, which was quite satisfying with lettuce, tomato, ketchup, and pickles. I was also lucky that I live in Los Angeles, where there are lots of restaurant options for those who choose a plant-based lifestyle.

Eating vegan honestly wasn't as challenging as I'd expected.

By the time I hit my third trimester, I was concerned that I wasn't gaining enough weight. I'd only gained 10 pounds. (The recommended weight gain for a woman at a healthy weight is 25 to 35 pounds.) So I started kicking up how much I was eating and added vegan protein shakes to my diet. During my next prenatal appointment, I discussed my concerns with my doctor and she said since I still had some weight on me from my past pregnancies, it was OK if I didn't gain too much, as long as I continued to feel OK and was eating the right amount.

By the end of my pregnancy, I'd gained 25 pounds. While I was worried that my son would be small, wen I had my baby in January, he was 7 pounds, 6 ounces — a perfectly healthy weight. I often joked that I couldn't understand how I had a 7-pound baby, just from eating lettuce.

Although my friends initially judged me for my dietary choices, I was healthy throughout my entire pregnancy. I had my blood drawn several times and I didn't have anemia or any vitamin deficiencies. I never felt light-headed or like I was going to pass out, and while I did have meat cravings, I was able to eat similar things that were plant-based. Eating vegan honestly wasn't as challenging as I expected, and I had a healthy, beautiful baby.