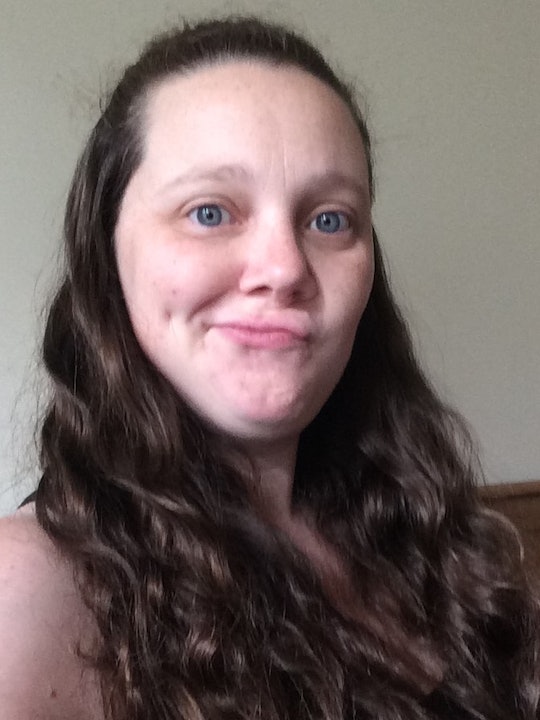 There are a many facets of my personality that make me who I am. And it may seem weird to categorize having ADHD as a facet of personality rather than a cognitive condition I live with, but it is a part of who I am just like the fact that I'm an extrovert and artistic and sensitive. But it wasn't a part of me I really knew how to classify or understand until I received my diagnosis just before my senior year of high school. I was 17 when I was diagnosed with ADHD, and it's changed my life.

Since I was diagnosed, I've learned that it's not uncommon for girls, especially, to go undiagnosed for a long time. In an editorial appearing in The Atlantic, author Maria Yogoda spoke with Dr. Ellen Littman, author of Understanding Girls with ADHD, on the research she's conducted on high-IQ adolescents and adults with ADHD. Littman told the publication that it's "estimated that there are around 4 million [women] who are not diagnosed." And a 2009 report published in the Journal of Clinical Child and Adolescent Psychology of 96 parents of children with elevated ADHD symptoms and 140 elementary school teachers found that girls are less likely to be referred for mental health services for ADHD than boys are. For me, personally, I found out when I went through testing in high school that my sixth grade teacher suspected something, but because I did pretty well in school (I had an A or B average), the shifts in my behavior never went much further than a parent-teacher conference. My parents were really well-informed about ADHD because I have siblings who were diagnosed with it early on in their school years, but I wasn't anything like them, so my ADHD didn't look anything like theirs. I was their child who was conscientious and did most of her homework. Sure, I dawdled a lot as a little kid, and I forgot to do household tasks when they asked, but when I wanted to focus on something, I could. I possessed excellent self-control and was cautious rather than impulsive.

The impetus to my being tested in high school was a long bout of depression. I was seeing a psychologist who helped me realize that my self-esteem was in the toilet. I was a cheerful, B-student involved in sports. I loved my friends and was always laughing at school, but at home I was sullen and miserable, and I secretly detested a lot of things about myself. One of the things I hated most: I was lazy. I had carefully cultivated this persona with my friends as being "the smart kid who just didn't really care about school." I hung out with mostly kids who, like me, were taking accelerated or advanced placement courses. A lot of these friends went on to Ivy League schools and advanced degrees. I still, to this day, look at my high-school friends and all they have accomplished and feel a sort of sting. Like maybe I could have achieved more, or striven for loftier goals. I still worry that they'll look at me and see wasted potential; someone who got married young and had babies and dabbles in the arts.

Like an IQ test, a score of 100 was considered "average," and the numbers should have correlated with my IQ, which was fairly well above average. But in the four areas of attention my psychologist tested, I scored 90 on my best, and 60 at my worst. It painted a very clear picture: I had pretty severe problems with attention.

My parents got the brunt of my misery. And, in truth, they also suspected I was a bit lazy. Because, like I said, I was a good student who was responsible, and yet, when they asked me to do something, I'd swear up and down that I'd do it and then I'd forget. Or I'd get overwhelmed at the task and put it off until I eventually forgot. They'd get frustrated with me and I'd lash out, because I was frustrated with myself too. Why did I go to school so many days and realize that even though I knew I had homework, I had forgotten later? Or that I had read and re-read the assigned reading but retained so little of its content? Why did I do so well on tests but then get lower grades because I couldn't keep track of any classwork? Sure, I'd shrug at my friends and act sort of above it all, but I was really ashamed of whatever it was I seemed to be lacking.

And of course, I suffered a whole other host of teenaged angst. I thought I was fat, that no boys would ever like me, that I didn't know how to dress or wear makeup. Even though I'd surrounded myself with "smart kids" who didn't care so much about that stuff, it still killed me that my friends thought I was lazy and that my parents thought I was selfish or didn't care about my responsibilities. Those facts came up time and time again with my psychologist. So she suggested we test for ADHD. She was a smart woman who had made a career as an educational psychologist, and I was thankful that she knew exactly what to look for.

That test I took was amazingly boring. I had a button, and I pushed it every time I heard a high tone, but not when the computer played a low tone. I was supposed to click as quickly as possible. It was boring and easy and I bombed it. Like an IQ test, a score of 100 was considered "average," and the numbers should have correlated with my IQ, which was fairly well above average. But in the four areas of attention my psychologist tested, I scored 90 on my best, and 60 at my worst. It painted a very clear picture: I had pretty severe problems with attention.

When given my test results, my overwhelming feeling was relief. There was a reason for the way that I was, and it had nothing to do with laziness or any other character flaw. My brain just worked that way. It wasn't direct and efficient. My thoughts were winding. Trying to organize myself was a monumental task that took a lot more effort for me than most people. My psychologist suggested I try medication to see if it helped. She also suggested one simple fix: sit in the front row of my classes. The medication helped so much. I immediately felt like a different person. Suddenly, I'd sort of have a to-do list in my mind and then I would systematically get the things on the list done. And it was painless and didn't require much energy. My senior year, I had a 4.0. I felt really great about myself. I was a whole new person.

I know that at times I can be pretty frustrating to live with. But this is just who I am. And I wouldn't trade writing for a perfectly organized house in a million years.

The only drawback, however, was the medication did quiet the creative energy I'd always had. I used to write fairly prolifically. I'd write screenplays and stories, some of which were novel-length. I always had a story I was working on in my head... until I started my medication for ADHD, which was when my brain was occupied with what it perhaps "should" have been all along.

I didn't continue taking my medication much past high school. In all honesty, found college much easier to handle. I was taking classes I was passionate about, and I didn't spend all day seated in a classroom. I suddenly got enough sleep, finding that there was, for me, less work to do than high school. And knowing that I could be that organized and accomplished seemed to do the trick for my self-esteem. I accepted the inattentive parts of me, and even found that I valued them. I found new creative steam and chose to start studying playwriting and screenwriting. Once again, my brain was full of stories.

I've still never wanted to go back on medication. Instead, I've organized my life in a way that makes my inattentiveness manageable. I set reminders on my phone and I put myself into a routine where I do the things I hate first.

Fast forward almost 10 years since college and sure, I'm still frustrated with myself on a fairly regular basis. I'll walk into a room that's in disarray, and I'll just back out of it. The energy it takes me to do something like straighten up the kitchen seems unfair. When I get overwhelmed, it makes me almost paralyzed with anxiety. I rely a little too heavily on my smartphone to remind me to do things (though, it seriously works!), and I'll hold entire conversations with my partner or kids and respond appropriately, but actually absorb nothing they've told me. And yet I've still never wanted to go back on medication. Instead, I've organized my life in a way that makes my inattentiveness manageable. I set reminders on my phone and I put myself into a routine where I do the things I hate first.

I know that at times I can be pretty frustrating to live with. But this is just who I am. And I wouldn't trade writing for a perfectly organized house in a million years. Although, it would be nice if I didn't have any more evenings where I only remembered I should figure out dinner before the last minute.

I've been coping with the way my brain works for my entire life. During that senior year of high school when everything was so easy all of a sudden, I often wondered how things might have been different if I had gotten diagnosed earlier. Would I have been aiming for the top colleges? Would that have given me a better college experience? (I highly doubt it.) Would I have been a lot more confident and a lot less depressed? Would I have still been creative? Would I still be writing stories? When I think of those last two points, I'm glad I didn't get diagnosed until later.

I've also realized that having difficulties and hang-ups is hardly unique to me. Accepting my own flaws and differences makes it so much easier to understand other peoples'. I'm still so grateful to what my diagnosis did for my self-esteem, regardless of the fact that it didn't completely alter the direction of my life. I look at my kids, my hobbies, my job, and my life, and I know I wouldn't trade it for a million professional or academic accolades.