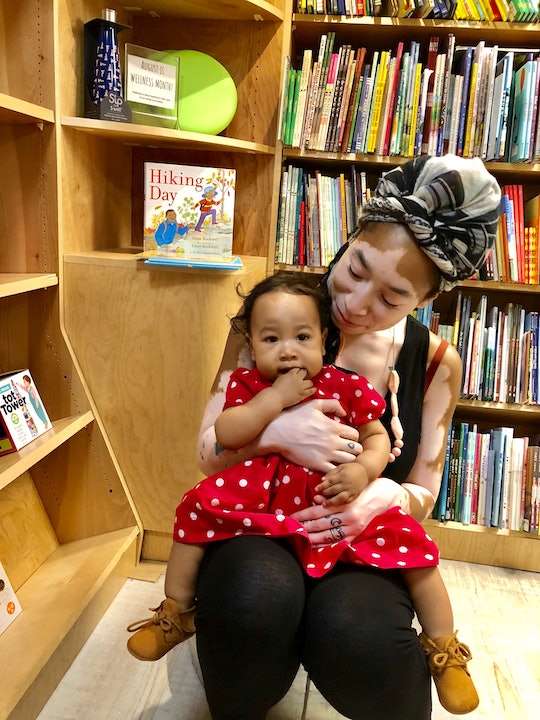 I Refuse To Raise Obedient Children & Here's Why

There are so many things I want to raise my children to be: kind, confident, caring, honest, and respectful. But I refuse to raise obedient children, and that isn't as radical of an idea as you might think.

Whenever I hear the word “obedience” I think of words like power, authority, discipline, order, and law. I also think back to the time when my mom hired a dog trainer to handle our “disobedient” cockapoo. So even as a child, the word “obey” never sat right with me. Not because I was the type of kid to break rules or cause trouble or anything like that, but because I always associated the word with something harsh.

Children are, first and foremost, human beings with their own thoughts, desires, dreams, goals, fears, and ideas. As their caregivers, our job is to make sure they are safe, taken care of, and given the skills and tools necessary to navigate an ever-evolving social world. Ideally, I want to raise my children in a such a way that they feel free. Free to say what’s on their mind, free to express who they are without fear, and free to question authority. Yes, even my authority.

I want to teach my children about the importance of bodily autonomy, consent, respecting other people, living their truth, seeking pleasure, and acting in a way that doesn’t harm others. One way I plan to do that is by making sure that they feel comfortable asking questions, speaking their mind, and challenging me when they feel that it’s necessary.

I want to be challenged and questioned by my children as they learn, grow, and make mistakes.

I don’t want my children to respect me because they feel like they have to. I don’t want my children to think they have a duty to automatically obey anyone who is older than them. I might be the mom, but I’m also a human who makes mistakes, who is still growing, and who still has much to learn. So while me and my co-parent are the ones who make the rules in our home, I want to make sure my children know the reasons behind those rules. And if they have an issue with those reasons, I want them to feel safe enough to voice those concerns.

I want to raise responsible and respectful humans. Global citizens who are honest, hold themselves accountable for their actions, and communicate effectively. Compassionate beings who understand the importance of empathy and creativity.

To me, obedience is about submission and reactionary behavior in relationships marked by control and framed by power dynamics shaped by capitalism, racism, and patriarchy. I want to make sure that my children are mindful of how their behavior impacts others while also treating themselves with respect and care.

I want to raise kids who are respectful and compassionate and who aren’t afraid to speak their truth and embrace their freedom. I want to be challenged and questioned by my children as they learn, grow, and make mistakes. So instead of focusing on obedience, I’m focusing on mutual respect, honesty, and open communication. Sure, my approach may not work for all families, but it works for me and mine. And as we grow together as a family, we will work together to make sure our home environment is one that is safe and nurturing for everyone.

More Like This
13 Is "Too Early" For Kids To Be On Social Media, Surgeon General Cautions
14 Recipes For Sick Kids When Everyone's Tired Of Canned Soup & Crackers
35 Children’s Books Starring Black Characters
These 72 Instagram Captions Are Perfect For Your Snow Day Pics
What Parents Are Talking About — Delivered Straight To Your Inbox