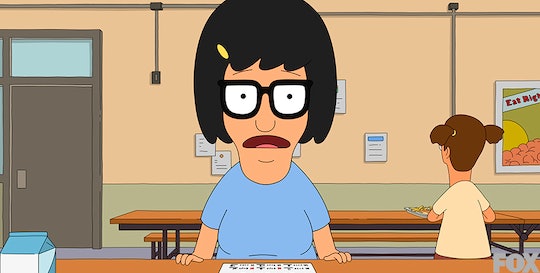 And yes, of course it would be about butts.

Everyone's EFF is going to differ based on your own personal style and taste. However, there are a few constants.

What's In A Name?

Next, I had to figure out what creatures of the night I would use to supplement my friend group in the story. Tina Belcher prefers zombies, but to be honest, I've never found them to be all that titilating. Vampires would be the obvious choice, but that seems a bit overdone. Then it hit me: witches! Witches are the most feminist creature of the night, in my opinion.

Casting was easy, because I've honestly thought about which of my friends would play each character in Rocky Horror multiple times before. I didn't plan it out too much; I just poured myself a gin and tonic and got to work!

It was a dark and stormy night when Ellie and Taylor's car broke down in the middle of nowhere. They were a bit square, and they never touched each other's butts at all. But that all changed when they knocked on the door of the spooky mansion and asked to use the phone.

Inside the mansion, it was a butt-touching extravaganza. Erin was touching Cara's butt. A witch played by Jessica Lange was touching Stacey's butt. Everyone was gyrating and breaking out into spontaneous bouts of song and dance.

And they did, and it was awesome.

As I was writing, I realized that this EFF will be utterly meaningless to anyone reading it who isn't my friend/doesn't know any of my friends. But I think that's sort of the point, right?

Butt Seriously, It Was Awesome