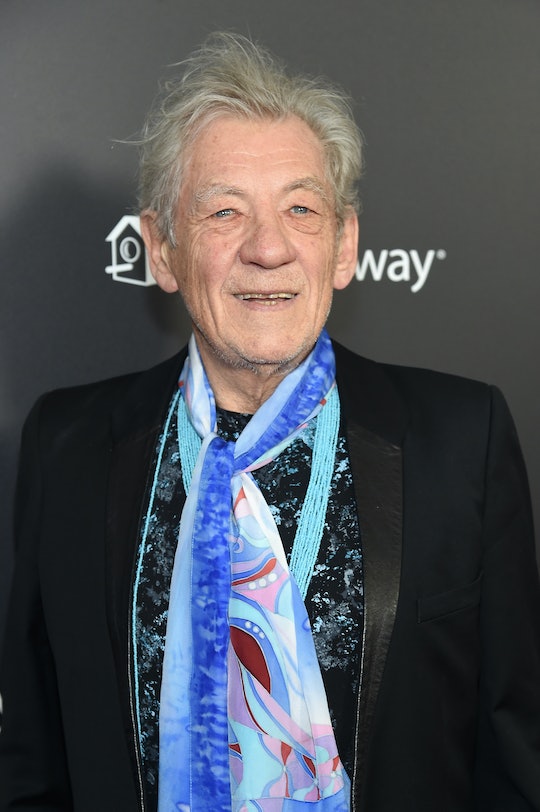 Ian McKellen On Why He Turned Down A Harry Potter Role

Hogwarts and Middle Earth might be far from one another on a magical map, but for fantasy book (and movie) lovers, they're right next door to each other. So why couldn't Gandalf play Dumbledore, then? Apparently, Sir Ian McKellen turned down the Harry Potter movie role that he was offered, though it was for a pretty good reason.

When the original Dumbledore died in 2002, a huge vacancy was left in the prized cast. Richard Harris played the beloved headmaster in the first two films, but suffered Hodgkin's disease, dying at 72. McKellen was promptly called up before The Prisoner of Azkaban was set to shoot, and was asked about his interest in working on the films (though the actual role he was being vetted for wasn't yet revealed). Putting two and two together, McKellen told Stephen Sackur in a recent interview with the BBC: "I worked out what they were thinking and I couldn’t. I couldn’t take over the part from an actor who I had known didn’t approve of me."

McKellen isn't being overly dramatic here; Harris' statements of disapproval were pretty scathing. Unafraid of causing controversy, Harris deemed McKellen (as well as actor Derek Jacobi) "technically brilliant, like Omega watches, but underneath they are hollow, because their lives are hollow." His insults went even further: “I’ve seen these so-called 'nice' actors. Very able fellows like Ian McKellen and Kenneth Branagh. But they're like bank managers. So sweet and careful. Who needs them?" Ouch.

These types of cutting comments weren't at all out of the ordinary for Harris. In fact, they're pretty indicative of his overall attitude, at least where acting is concerned. "I have no friends in this business," he shared with a reporter from The London Mirror back in 2001. "'I don't go to their clubs, don't go to their hangouts and don't mix at all."

In the video above, McKellen rehashes the whole thing with Sackur, revealing the Harry Potter cast that never was. "Interesting," Sackur asks him: "You mean you could have been Dumbledore?"

"Well," McKellen divulged: "Sometimes when I see the posters of Mike Gambon, the actor who gloriously plays Dumbledore, I think sometimes it is me."

And fans agree with him. When the news broke that McKellen was offered the Dumbledore role but refused it, some were sheepishly forced to reveal that they thought Gandalf and Dumbledore were played by the same person this whole time (I know you're out there). But no, it was Gambon who took over the part, because McKellen and Harris had a little too much bad blood. If nothing else, at least McKellen has one juicy tale to tell at parties.