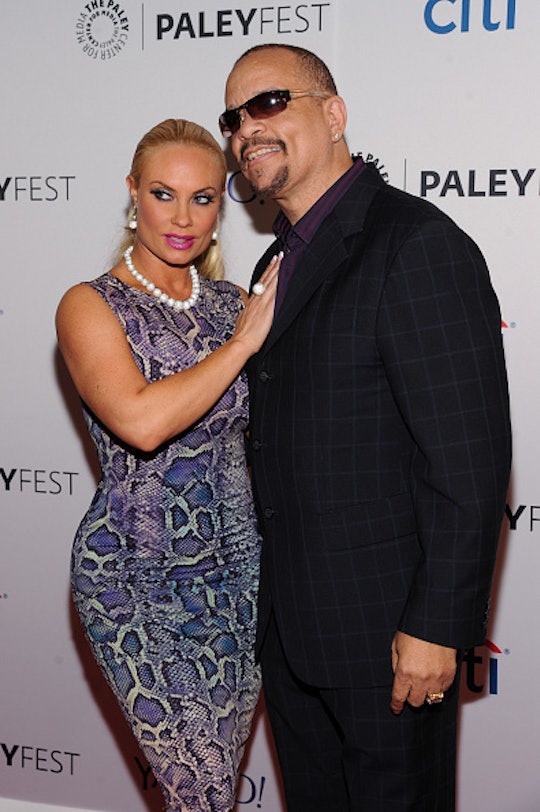 Ice-T And Coco Had Their Baby, & She Is Disappointingly Not Named After A Beverage — PHOTO

There are some celebrity couples who are like the waves of the sea: they are mighty, powerful, but all too soon break against the rocks on the shore. Some celebrity couples are the rocks, and I can think of no duo that better exemplifies this than Coco Austin and Ice-T. Their love is as beautiful as it is eternal; Their existence strengthens love itself and this morning, Coco and Ice-T had a baby girl named Chanel Nicole.

I'll admit, I had hoped for a name that was also a beverage, just to keep the family theme going, but now that I've heard "Chanel Nicole" it is pretty much the only name they possibly could have given her because it fits them so well. (Yes, even better than "Fresca" or "Lemonade" or "Chai", which were, you have to admit, tough competition.) Adorably, the couple claims to have settled on their daughter's name 10 years ago, which makes me love them even more and relate to them because I am also someone who had their kids named a decade before they were actually born. Play date, guys? We're both in New Jersey!

Chanel arrived at 37 weeks, though with parents like hers I have no doubt (to quote Shakespeare) that though she be but little, she be fierce! How can you not be with Coco as your mom and Detective Finn Tutuola as your dad?! Oh, and also? Adorable!

Coco's pregnancy was apparently smooth sailing. In fact, when she announced her pregnancy this past summer on their talk show Ice & Coco, she told fellow reality star Snooki that she was "breezing through this," and since I like her, I'm not going to narrow my eyes and glare in rage-filled jealousy. (Yeah, I was one of the lucky ones who had constant nausea for 6 months.) An easy-breezy pregnancy, however, did not immunize her against the kind of judgmental comments faced by pregnant women everywhere since time immemorial. In her case, people were getting all pearl-clutchy over Coco's tiny baby bump, some going as far as suggesting she was using the services of a surrogate. Here's a picture of Coco's 37-week bump posted hours before delivery...

OK, sure, this is basically what I looked like about four minutes after I took the pregnancy test, but everyone carries differently! Some people don't look pregnant at all when their kid is born. Have none of these haters seen I Didn't Know I Was Pregnant? Get it together, people.

Chanel (whose name is an homage to Coco: Coco Chanel, get it? It's clever; Ice-T apparently came up with it) is Coco's first child and Ice-T's third (he has two adult children from a previous relationship). Congratulations you two! Let me know about that play date!