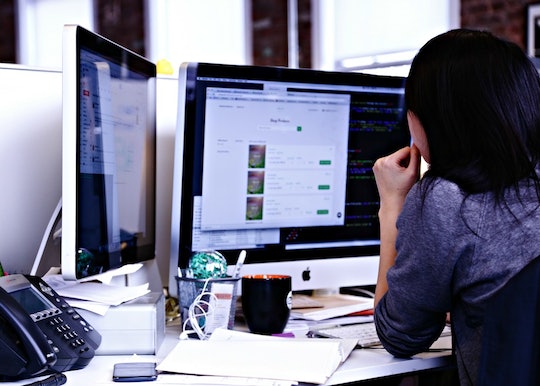 Iceland Is Getting Serious About Closing The Wage Gap

The gender wage gap is a pesky thing. Although there is evidence that women are paid less than their male counterparts at some companies and several countries even have laws on the book that employers pay women equally, the gender wage gap persists. But changes are coming. For example, Iceland is closing the wage gap by going a step further and making companies certify that they are paying men and women equally. Officials hope the new regulation will close the 15 to 20 percent wage gap in the country within five years.

Frida Ros Valdimarsdottir, an Icelandic activist, told The New York Times, "For decades, we’ve said we’re going to fix this. But women are still getting lower pay, and that’s insane.” She's right. Iceland has had equal pay regulations on the books for years, in which employers adhere to voluntary wage reports, but there isn't much enforcement. The new legislation would require any business with more than 25 employees to comply with yearly audits and assess the salaries of every single employee, from CEOs to janitors.

This new legislation is a follow up to an equal pay program where Icelandic companies, activists, and legislators studied employers who were already complying with Iceland's equal pay "suggestions" and found that the wage gaps within those companies was already narrowing to around 3 percent. The program also noted that women were often hired for lower paying jobs and asked for lower wages, and found that some women in higher management positions were actually earning less than their subordinates.

This led some of the companies involved in the pilot program to get introspective about what was going on.

It's long been noted that women often negotiate for lower salaries, raises, and aren't as likely to ask for a promotion. Instead of assuming that this is some genetic flaw with women, Icelandic employers are considering that they might be part of the problem.

Anna Kristin Kristjansdottir, a board member and owner of an ad agency in Iceland said:

You’d be sitting there doing the interview, and [women] ask for less. The audit showed this was a flaw in our recruitment, that we were allowing this to happen and didn’t quite realize it.

That's a complete shift in the way many governments and companies seem to view the gender wage gap. Apparently, it takes a village to empower women, too.

Some companies in Iceland are obviously not thrilled about the new regulations. “Companies should [audit for equal pay] for their own benefit and the benefit of their employees. But it should not be legalized," Halldor Thorbergsson, the director general for the Confederation of Icelandic Employers told The New York Times.

But people like Thorbergsson might just be out of luck. Right now, about half of Iceland's parliament is female and women make up 80 percent of the workforce. This is also the country which led the largest women's strike in history in 1975, when 90 percent of women walked out of work, even stay at home moms, and grocery stores sold out of sausages (the simplest thing men could cook on their own). If any place can close the gender wage gap in five years, it's Iceland.

Women in Iceland have been trying to get equal pay on the books for decades. With this new audit and certification program, they might finally get it done.