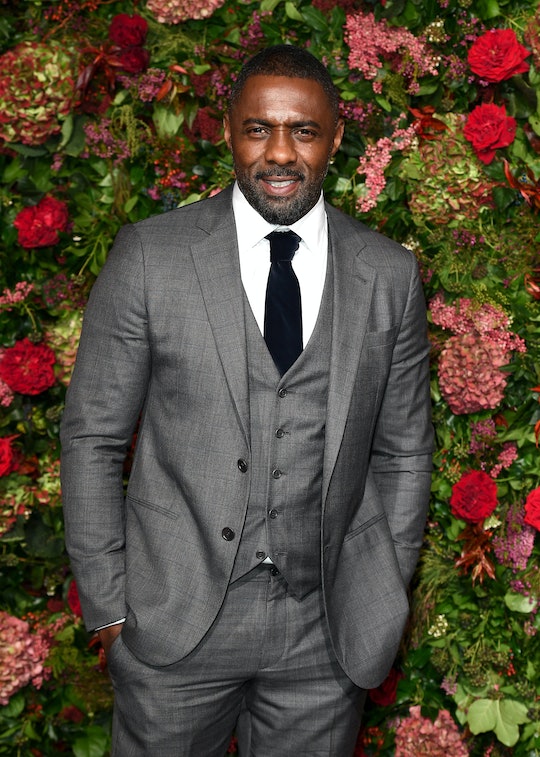 Idris Elba Introduced His Daughter At The Golden Globes, & It Was So Darn Cute

In case you missed it, it was announced in November that Isan Elba was selected to be the 2019 Golden Globes ambassador. “I feel honored to hold this title and use this role to not only further educate people on the work of the H.F.P.A., but also shine a light on issues that I care about,” Isan, 16, said in a statement, according to Vanity Fair. In addition to handing out trophies at the awards show, earning the title of Golden Globes ambassador meant Isan would raise awareness for a charitable cause, Hollywood Life reported. “Mental health, specifically among African-Americans and my peers in particular, is something I really want to be more vocal about," Elba's daughter continued in her statement. "There’s this perceived stigma and I’ve seen friends struggle. We need to empower young people to not be afraid to ask for help.”

As you can probably imagine, the moment Isan joined her father onstage was incredibly adorable. I mean, just look at the proud papa and his "baby girl" in the clip, below.

Too sweet, right? Twitter could hardly handle the cuteness of Isan's famous father introducing her onstage at the 2019 Golden Globes. One person tweeted, "Um can we love him anymore? Idris Elba just introduced his daughter as a #GoldenGlobes ambassador w/a tear in his eye."

Another Twitter user wrote, "It was completely adorable! What a great dad moment to have!"

Yet another Twitter user chimed in with, "Idris Elba’s daughter is almost as gorgeous as he is." Which, I mean, he was named People's Sexiest Man Alive 2018, after all; so that's definitely a compliment.

Meanwhile, someone else expressed exactly what I'm sure plenty of others (including myself) were thinking, writing, "How the heck is he old enough to have a daughter that old? (And man does he have good genes! Gorgeous!)" For the record, Idris Elba is 46. Mind = blown.

Ahead of Isan and Idris' Golden Globe duties, Ryan Seacrest caught up with father and daughter on the red carpet — where Idris definitely had another dad moment. "I told her to keep her back straight, elegance is presence, smile and nod politely even if you can't understand what anyone's saying," Idris said, according to E! Online. "If you feel like you're going to pass out.. don't." He added:

She's good. She's so confident! I can't help but be a dad. I'll just try to be cool.

LOL. Clearly, Idris Elba and his daughter had a special moment onstage at the 2019 Golden Globes. You could just tell how proud he was of Isan, even without the "almost teary-eyed" disclaimer. I have little doubt the father-daughter duo will look back fondly on this special night for years to come.