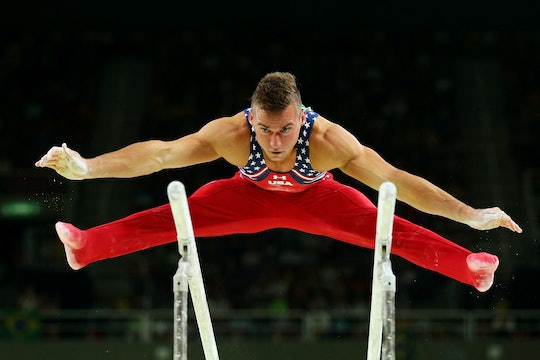 Team USA's men's gymnastics team truly is astonishing to watch. Watching those five petite young boys fly through the air effortlessly, unashamed of their muscular bodies... Sounds strange, doesn't it? If I wrote about the women's team that way, it wouldn't raise nearly as many eyebrows, but if commentators talked about male gymnasts the way they do female gymnasts, trust me, the world would take notice. Of course, many people are rightfully calling out the sexist comments the women's team has been receiving.

And the gymnasts are far from the only women competing in the Olympics that have been subjected to sexist garbage; Hungarian swimmer Katinka Hosszu’s husband is supposedly responsible for her win on Saturday (even though he wasn't in the pool), and Corey Cogdell-Unrein was recently referred to not as a bronze medal winning trap shooter, but as the wife of a Bears lineman. But by and large, the gymnasts are the subjects of condescension, perhaps because in addition to being female, they happen to be short (never mind that they're strong as hell and could no doubt kick the butts of every rude old man with a microphone in Rio right now). So what would it sound like if I, a rude old woman, talked about the male gymnasts the same way?