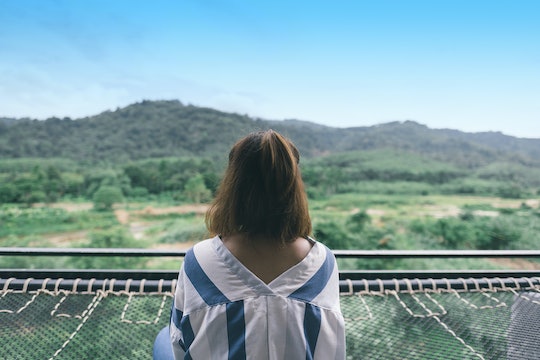 If These 5 Things Have Ever Happened To You, You Might Be Psychic

Have you ever picked up the phone to call a friend, only to see an incoming call from that very person? Or have you ever experienced an event in a dream that later seemed to play out in real life? As far as some people are concerned, something more than simple insight could be going on. In fact, if a few of these things have ever happened to you, you might be psychic on some level.

Of course, research into psychic phenomenons has been pretty mixed, to say the least. After all, when it comes to mind reading, fortune telling, or predicting the future, there just aren't a lot of studies to reinforce these ideas. In fact, there is basically no scientific data to back up claims of psychic abilities, according to Psychology Today. Although researchers such as Cornell professor Daryl J. Bem rigorously studied human psychic power, later research contradicted Bem's claims about evidence for precognition, according to CSI. As far as research and scientific inquiry is concerned, psychic abilities aren't an easily measurable, verifiable thing.

Despite the lack of hard evidence, about one-third of Americans believe they have experienced a psychic episode, according to a 2017 YouGov survey. When a person experiences something that seems like a premonition in a dream, it can be hard to shake the feeling that something a little otherworldly is going one. Read on to learn about the other common abilities that many people claim represent psychic powers.

More Like This
You're Going To Laugh So Hard At These Graduation Memes
12 Last-Minute Vacation Spots For Memorial Day
It's Not Just Covid: Doctors On Why Everyone's Getting Sick Right Now
Here’s What You Need To Know About That Viral 1960s Baby Formula “Recipe”