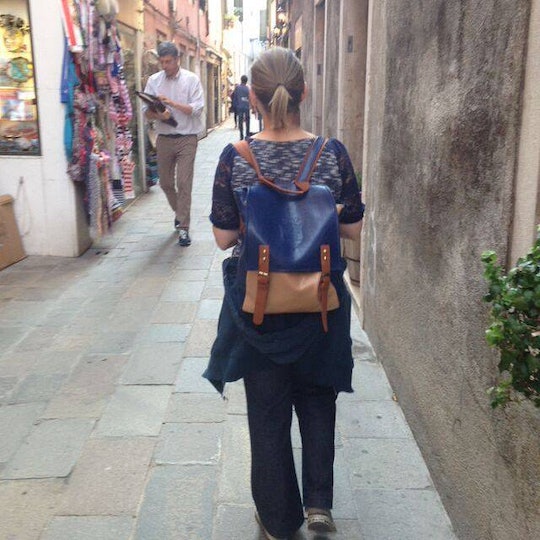 I Fantasize About A Life Without Kids

I am a mother of a 2-year old boy. All things considered, I genuinely enjoy being a mother. It’s much more fun than I had ever imagined. If I had the opportunity to go back in time, I would never have reversed the decision to have him. That said, heck yes, I fantasize about having a life without kids. Like, every day. Like, 10 times a day.

I am 37 years old. I spent 35 years of my life without a child. I've only been a mom for 2 years. Of course I fantasize about what my life was like back then, and about what it would feel like to feel that sense of freedom again. And all things considered, I still feel like a childless person. Except I am a person who has children.

When I fantasize about my child-free life, I don't picture the day-to-day activities, so much as I envision what the overall big picture of my life would be. It would involve lots of travel, light schedules, and tons of naps. I love naps. Most of all, if it would involve a lack of guilt, which currently pervades my nights and days as a parent. If I didn't have a kid, that guilt would just lift itself up and float away.

My life as a parent is consumed by guilt. I feel guilty when I stay up late, because I am certainly going to be more tired than I should be tomorrow, which will result in me having a shorter fuse and getting angry quicker. I feel guilty when I eat food that I don’t want to share with my kid, because aren't moms supposed to want to share everything with their children? And I feel guilty for almost every penny I spend on myself, because it’s not being saved or spent on him. Am I destroying his future when I buy a Snickers bar? Should I have used the money that I spent on a few new items for my wardrobe on his college fund?

Every once in a while, I’ll be sitting with a group of people and having a beer, and I will totally forget that I ever reproduced. I'll feel like I'm 21 again and getting day drunk with my friends, and I don't have a care in the world.

This guilt follows me everywhere and affects everything. It feels like a blanket that is stuck on top of you. The weight may shift a little every now and then, but the blanket never comes off. The blanket is the price you pay for being a person with children.

The weirdest thing about my fantasy about life without kids is that sometimes, I actually kinda live it. It's not hard for me to forget that I have a kid. I’ll be sitting with a group of people and having a beer, and I will totally forget that I ever reproduced. I'll feel like I'm 21 again and getting day drunk with my friends, and I don't have a care in the world. I’m not a terrible mom who is spending her child’s education fund on booze while I'm sitting at an old wooden table in a taproom.

I feel guilty about every single thing I do now. But most of all, I feel guilty that I brought a child into this sh*tty world.

Recently, I went to the mall because I was dying for a new Bath & BodyWorks hand soap. As I was strolling back to my car, I suddenly flashed back to when I was 16, and I had just gotten off work at the local steakhouse. At that time, my only problem was choosing which scent I thought best represented my essence. For that brief, fleeting moment, I wasn’t a terrified woman raising a child of her own in Trump's America. I wasn’t a mother living in a world where it often feels like people don't know how to take care of each other. I was a girl, and I was totally carefree.

I feel guilty about every single thing I do now. But most of all, I feel guilty that I brought a child into this sh*tty world. When I feel this guilt, it is easy for me to slip into a fantasy that I don’t have children. It's easy to feel like I am still an island, someone who is totally and completely free.

But then I remember that my own world became a thousand times brighter when my child walked into it, and that fantasies are never as good as they seem. The fantasy is just that. I’m burdened by guilt, and I’m scared of everything that's currently going on in the world, but I’m happy, too.