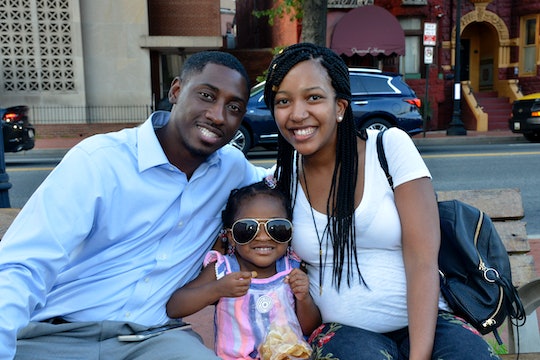 I'm a Black Mom, & Charlottesville Isn't What Scares Me Most

On Saturday, a group of White nationalists convened in Charlottesville, Virginia for a Unite the Right rally, just a little over a month after the Ku Klux Klan gathered in the same otherwise idyllic community a month earlier. I watched counter-protesters, who were mostly White but also included prominent Black civil rights leaders, face off against chanting White nationalists who were captured in chilling photographs reminiscent of ones taken at Klan rallies decades ago. I watched, but I wasn’t in the least surprised, and it did not make me more fearful for the Black community. The resurgence of hate groups is not what we have to be afraid of. What we have to be afraid of is much more mundane and pervasive.

Yes, the events in Charlottesville were chilling, especially give their context. The last decade has seen increased media coverage of police brutality and the killings of unarmed Black men and women. At last, the everyday racism and violence exacted on Black communities has been made so visible that those in power cannot afford to look away. Not coincidentally, I think, the country has experienced an uptick in hate crimes against people of color and minority groups like the LGBTQ community. This country is a dangerous place right now for people of color. But there are other types of racism alive and well that stand to affect our lives even when we aren't in physical danger.

As a Black mom of a 3-year-old daughter with another on the way in November, I am used to worrying about my family's safety, but I have to go a step further than that. I have to constantly work to combat social and structural forces that would otherwise guarantee that we always feel less than and always, always have less. I parent cautiously, researching our every move before we take it as we select environments for my beautiful brown girl in a society that is multi-racial and post-segregation, but still systemically designed to benefit more affluent and White communities.

I'm a first-generation college graduate. I worked hard for a corporate career with an upward trajectory. I have provided myself with many of the same opportunities my White counterparts have, but my path was often different from theirs. For example, I attended a prestigious, predominantly White all-girls high school that did its best to educate our community of sweet, affluent young women about issues affecting groups that they couldn’t in their wildest dreams imagine from their picturesque suburban bubble. Meanwhile I took the bus to school everyday from a neighborhood on the other side of town that was filled with those issues.

Many of my White peers are now buying their first homes leveraging parental funds. I bought my first home as a co-signer to my grandmother who was next on the list of longtime renters in our gentrifying neighborhood (White friends call it "up-and-coming") to be displaced. It was a steal, and the nearby schools are getting better, but they aren't the caliber of the daycare across town where I send my beautiful brown girl with her cornrows and beads. It's expensive, but she learns Spanish and yoga and plays soccer with a multicultural group of kids. The daycares near our house don't offer those things.

As I begin to join D.C.’s rat race elite considering private education, I worry about sending her to the kind of school I went to. I worry about the experiences she'll have early in her life on the other side of town where the parks are picturesque and pristine and none of the other kids have beads and braids like her, and how that might impact her culturally. I wonder what it will be like as she also begins to notice and comment on book protagonists who are brown like her and have hair like her. I wonder if, while still very young, she will be automatically assumed less innocent than White girls her age and treated accordingly. I wonder if an outburst in class is more likely to get her suspended from school.

I ponder her teen and college years, when she’ll potentially date Black. Will her future boyfriend be handcuffed in front of her grandparents’ home in what will then be an even more gentrified neighborhood because he looks like a suspect? Or will we eventually move to an affluent neighborhood, only for her brother to be held at gunpoint by cops wondering what he’s doing on the block where he resides?

And let's talk about money. Will she not earn as much as her male and White counterparts because she didn't negotiate her starting salary because she was afraid of seeming aggressive? Will she think she should be grateful to secure the job in the first place? Will we be able to fund her wedding or will we still be digging out of first-generation college debt because we thought we needed to go to an expensive private college in order to ensure upward mobility? My high school years were mostly awesome, but had I not experienced them as a minority woman, would I have been as desperate to attend a historically Black university? Had my mother had a college education herself, would she have known to make me accept the generous scholarship and financial aid package offered by a state school, knowing the lifelong financial consequences of student loans?

All of these decisions may seem minor and unconnected to race, but statistics indicate otherwise. White people have more assets and are more likely to own their homes, have lower unemployment, and are less likely to go to jail. And when Black people try to pull themselves up — for instance, when I disagree in a meeting or ask for a raise — I immediately trigger negative stereotypes of the "combative," "ungrateful" black woman. As Christin “Cici” Battle, director of the Young People For program at the People For the American Way Foundation, noted in a recent op ed,

While young black women are now the most educated group in the country, we are also more likely to live in poverty and are still paid less than white women (and much less than white men). On average, black women working full time are paid only 63 cents for every dollar their white male counterparts make.

It does not help our fellow Americans have elected a president who is a vocal opponent of policies that help level the playing field for disenfranchised minority communities and communities of color.

All of the above boils down to one essential truth: there are innumerable policies and prejudices that result in Black people simply having less opportunity, no matter their work ethic or moral fiber. This systemic racial inequality has impacted my family — beautiful, black, and imperfect. It probably limited my early financial literacy and thus my family’s ability to build generational wealth. Even given my many advantages, it probably limits my career potential. Things have improved, but it has shaped the woman that I am today.

Racism isn’t scary white men in masks. It is structures that favor White people over people of color and other minorities who aren’t like-minded, reared in the same way, and are still forced to play by different rules than the White majority. That's what scares me when I put my children to sleep every night.