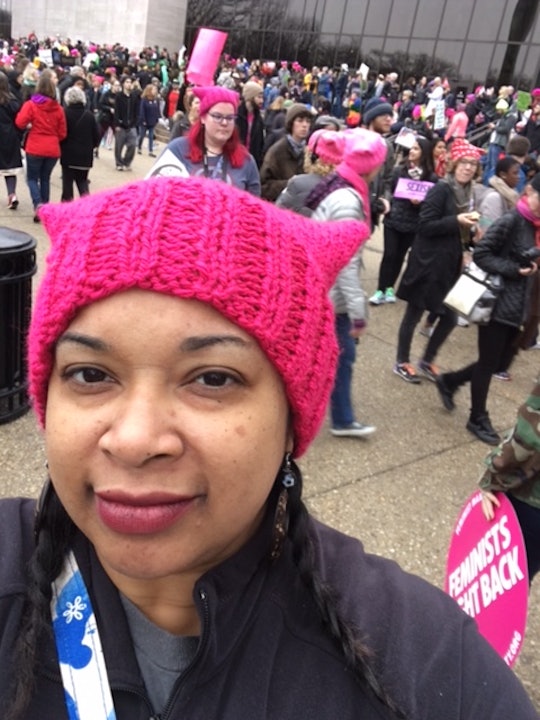 Yesterday, January 20, 2017, was an ordinary day off from work for me. We have house guests, so I made breakfast. I cleaned up the office. I went to the mall with my friend. My husband and I went out with our guests. They stayed up late, but I went to bed early, tired from a full day's activities. Despite having an average, productive day, I couldn’t control the sense of impending doom that laid depression over me like a weighted blanket. I felt compelled to lie down throughout the day, and so I spent a good portion of my time in bed with my face buried into a pillow wondering how we’d gotten to this point, beating myself up because of my attempt to make the day like any other day was futile and failing. I tried to pretend January 20, 2017 was just another ordinary day, but it was not. Yesterday, President Donald Trump took office as President of the United States. Yesterday was anything but ordinary. And the same can be said about today. This morning, I left my husband and my sons at home in order to march in the Women's March on Washington.

And I couldn't be prouder to do so.

Part of my depression yesterday came from trying to ignore what was happening only a few miles away from my home. President Donald Trump was sworn in as our 45 president, and Barack Obama was no longer in charge of our great nation. Great Nation. That term feels archaic and ironic to me now that we have president who many believe is illegitimate, who ran a campaign on hate, and who won not because the majority of people in this country voted for him, but because voter suppression was rampant, and there was no longer a Voting Rights Act to punish it, and Russia assisted him by placing doubt for Democratic nominee and former Secretary of State Hillary Clinton in the minds of Americans everywhere.

Our new president is being sued for defamation over a sexual assault, has suckered many business partners and ordinary people into fraudulent deals, including playing into their hopes and dreams by taking money for a fake university. He's said on camera that he can "grab women by the p*ssy." Yet somehow, he's still our president. He's still our president because racism and misogyny, despite what many will say, still run rampant in this country. He's still our president because the rich out-maneuver the poor, leaving many of us gob-smacked at the end of the day when people you thought you respected, thought were educated on the issues, vote against their interests. I'm scared for this country, scared for my children, and for my family. So, unlike yesterday, when I wanted to crawl in a hole and pretend the world was the same as it was the day before, today I am putting on my thermal workout pants, my pink pussy hat, and I am marching.

Despite my outrage at the election, I am not marching against anything. I am marching for everything. I am marching in solidarity with the platform issued by the organizers of the Women’s March on Washington. Although I agree with the criticisms many have leveled against the event, overall I think the march is necessary. If we want change and for the world to know this assault on women, on immigrants, on religious freedom, and on black lives is not acceptable, then we must show them we have power too. Today, there will be more people at the Women’s March than those attended the inauguration and the subsequent parade yesterday. People are marching all over the world, in all seven continents. These are global issues and concerns, not unique to America. There is power in numbers.

Unlike other civil rights movements where men were at the forefront of the marching lines, my husband is instead staying home with our sons. His work is just as valuable as mine. And doing so sends a powerful message — to my sons, to the world, to me — and it's one that bears repeating again and again and again: being politically minded isn't just for men.

I want my sons to see what real civic duty means. To some, protesting and marching are the antitheses of civic duty. Trump has made that clear with his platform of a "law and order"-style America. However, to me, civic duty means standing up for the rights of others. To do like this country’s founding fathers did in insisting upon certain rights that provide freedom for all who live here, not just the lucky few. That is what civic duty means to me, and what I want my boys to emulate should they be in this same predicament in the future.

My husband will be watching the boys today while I go out and march on behalf of them and our family. I find this reversal of patriarchy symbolic, a representation of what it is that I am marching for. Unlike other civil rights movements where men were at the forefront of the marching lines, my husband is instead staying home with our sons. His work is just as valuable as mine. And doing so sends a powerful message — to my sons, to the world, to me — and it's one that bears repeating again and again and again: being politically minded isn't just for men. I am lucky I have a partner who supports the protection of human rights as much as I do. Today, I hope to shed the blanket of depression I wore yesterday. I am hopeful today. I am hopeful that this is the start of a positive resistance.

And so today, I march on.