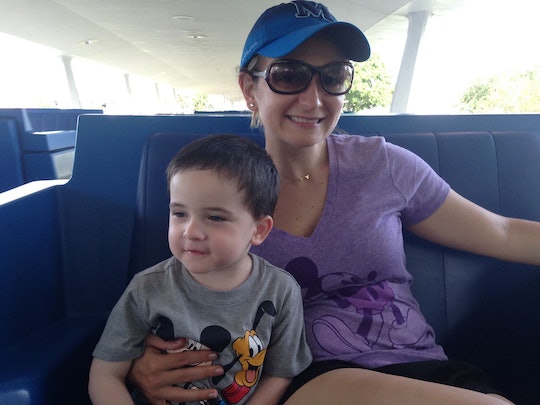 I was first diagnosed with Irritable Bowl Syndrome (better known as IBS) my junior year in college. For months, I struggled to go to the bathroom. I popped fiber supplements like candy to no effect and when I finally did manage to go, I had strange, thin poops that resembled pencils with worms or pieces of what looked like jellyfish tentacles hanging off them. I went to the doctor for some blood tests and a conversation about my diet and bathroom habits (typical college student junk food; and rare and painful), and a few days later, I had a diagnosis: I was diagnosed with IBS-C (as in constipation) with a side of mucus colitis, which sounds like a fancy French food but is really just Grey's Anatomy speak for sometimes my poop has white slimy strings attached to it. If I ever needed proof that my husband married me for love, this was it.

If you aren't familiar with IBS, it's not an actual condition per se, it's what you get diagnosed with when your doctor tests you for all the other existing gastrointestinal conditions and you come up negative, but they do acknowledge that you have a real problem going on. This means IBS looks different for everyone, and finding a treatment plan that works for you might be tricky. And honestly, for years having IBS seemed like NBD. Yes, not being able to go to the bathroom more than once or twice a week sucked, but I managed. In college, because most of my friends were constantly scarfing down pizza and lattes (this was the early 2000s, kale smoothies and quinoa hadn't been discovered yet), I wasn't the only one complaining of stomach pains.

It wasn't until I became a mom that I realized just how much IBS impacts my life.

The best way to describe my IBS is that it feels like I'm waiting for someone to come to my, uh, backdoor, but they never show. So basically, I'm being ghosted by my butthole. When it was just my husband and I alone in the house he didn't mind if I read in the bathroom for an hour just in case my poop made a surprise guest appearance and he was happy to rub my bloated tummy to help me feel better. If I had to make a mad dash for a bathroom in the middle of the mall, my friends understood. It wasn't until I became a mom that I realized just how much IBS impacts my life.

Being a mom to an infant or toddler means time is a luxury you no longer have. Moms can and should schedule time for themselves, and as a mom to twin boys I heed the advice of my family and friends with kids and make plans to do things for myself whenever I can. I go to yoga classes and pencil in girls' nights on the calendar and cross my fingers and hope neither of my kids are sick once the day comes along. But IBS doesn't care about your plans. You never know when you're going to have the sudden urge to go, and if that urge is a real poop-is-actually-gonna-happen situation or a false alarm.

Managing two kids in a cramped bathroom stall is difficult, especially if I'm trying to concentrate on what's going on in my undercarriage. If I'm out shopping with a cart full of items, there's no one there to watch my things if I have to go suddenly, so unless I'm running to the store for only a couple items I rarely leave the house alone with the kids. The same goes for outings like story time at the library or indoor playgrounds at the mall. I'm not willing to take the chance that we pack everything up only to have to spend the entire time with me fighting with them to stay in the bathroom while I try to go potty. And if they manage to unlock the stall door and make a run for it, chasing them through the mall with my pants around my ankles will be fun for no one.

IBS can be exacerbated by stress and if I have even the slightest chance at having a bowel movement, having the extra two little people I've created milling around the background of the bathroom certainty doesn't help.

Going the bathroom with kids underfoot isn't much easier at home. When my boys were infants I'd drag them into the bathroom with me and read to them or sing silly songs and we'd manage. Now they're 3-and-half years old. They still love going into the bathroom but that's because they want to pump all the soap out of the dispenser, fight over who gets to turn the sink on and off, try to pee between my legs (awkward), try to help me wipe (even more awkward), or dig through the cat's litter box for "buried treasure"(gag). IBS can be exacerbated by stress and if I have even the slightest chance at having a bowel movement, having the extra two little people I've created milling around the background of the bathroom certainty doesn't help.

I've tried locking the door and telling them "Mommy needs privacy," but, this is risky when I'm the only adult in the house because they're very good at finding new and creative ways to hurt themselves. If I turn them loose to focus on what's happening in my body, they'll use this as an excuse to act like crazed Bieber fans outside a dressing room, screaming and banging on the door for me to let them in.

I get upset with myself for not feeling up to physically engaging with them, for not having the energy to take them to the park or even on a playdate.

Having an old pair of maternity pants lying around comes in handy on the days when my bloating is out of control, but the lack of energy and sluggishness that comes with IBS makes me feel like a sh*tty mom (pun intended). I'm lucky that I work from home so I don't have to call in to work because of my IBS, and if need be I take my laptop into the bathroom with me at night after the kids fall asleep.

But during the day when it's been awhile since my last bowel movement and I'm not comfortable sitting on the floor with my kids to play blocks or can't fold myself into the toy bin so we can pretend to be astronauts blasting off to the moon, I feel guilty. I get upset with myself for not feeling up to physically engaging with them, for not having the energy to take them to the park or even on a playdate. The best I can do is snuggle with them on the couch while we watch Daniel Tiger and I explain for the millionth time that no, unlike Mom Tiger this bump in my belly isn't a baby. Mommy just really, really needs to go to the bathroom, but can't.

As for getting to the doctor for a checkup to see if there have been any advancements in treatment I don't know about? It's not happening any time soon. Getting an appointment has been on my to-do list for so long now that when I actually had a spare moment to call the other day, I found out the office number had changed. Even without children it's hard to find time between work, hobbies, and other commitments to take care of yourself by scheduling doctor appointments. Throw in the need for a babysitter, not to mention finding a time when the kids are calm and quiet to make the call itself, and let's be honest, my kids will probably be in kindergarten before I go to the doctor.

Some with IBS have great success using the FODMAP diet to determine certain trigger foods that set off their symptoms. And in a perfect world, I would make this diet my guru and prepare all my meals according to its rules. Then I'd Instagram my plates, complete with tons of hashtags about #cleaneating and the perfect filter. But I'm a mom, I barely have time to feed myself anything, let alone a special diet. FODMAPs calls for restricting both gluten and dairy in major ways and my boys, like most 3 year olds, are comprised of 67 percent macaroni and cheese. Actually trying to determine the foods that could be making my IBS worse would make mealtimes even more chaotic than they already are. It would mean making myself a separate meal, creating more dishes for me to clean, spending more time cooking each evening, finding more recipes, and figuring out more ingredients to potentially forget at the store. It's easier to eat the pasta and suffer the consequences later in the bathroom, at least until the kids have more adventurous palates.

Having IBS means I'm just as concerned about my own bathroom habits as my toddlers'. For now, because they're potty training, we can all get away with being a little bit obsessed with bathrooms, but as my kids get older I hope that my need to be close to a restroom won't stop us from doing active things as a family. IBS isn't a condition that gets cured, it's a condition you learn to live with. While I know my current situation has room for improvement, I'm working to find the balance between caring for my kids and caring for myself.