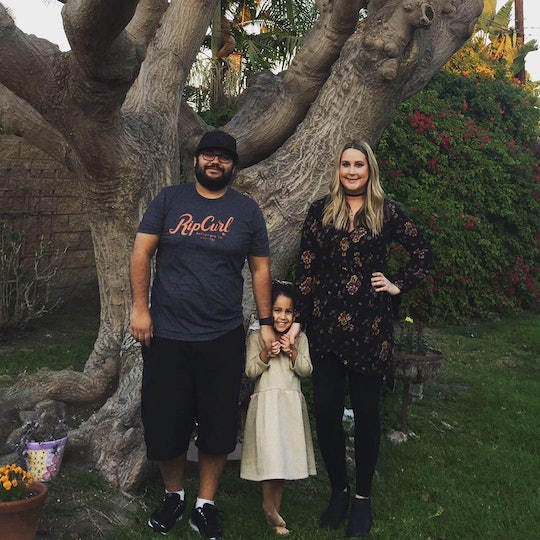 I sat in the waiting room at my husband’s doctor’s office. I was a bundle of nerves. I tried keeping myself occupied by scrolling through Facebook on my phone, and when that didn’t help, I buried my head in an issue of Vogue. After what felt like hours, my husband walked out the door and looked at me. He had successfully completed his vasectomy operation. “That’s it,” I thought to myself. “We are officially done having children.”

When I was younger, I wasn't even sure if I'd end up having one kid. When people asked how I felt about having children, I cringed and replied, “I don’t think I want kids.”

As luck would have it, I got pregnant a few months after I got married. Our daughter was not planned, but she was a welcome arrival, and my life is so much better with her in it. When I'm upset about work or bills, she looks at me with her innocent eyes and says, “It’s OK, mommy.” And although that doesn't solve my problems, it does make me realize how lucky I am to have her.

But as much as I love my daughter, I'm not interested in having another kid. And despite what others might think, I don't think that makes me selfish at all.

I hated being pregnant. I had extreme morning sickness, and on multiple occasions, I rushed to the hospital because I thought something was wrong, just to be told everything was fine. But nothing prepared me for my daughter's preterm birth. The entire ordeal left me an emotional wreck, and my daughter stayed in the NICU for weeks. Instead of spending sleepless nights taking care of a newborn, I was staying up all night, crying and worrying if she would be OK. That was the first time I started to question if having another child would be worth it.

As my daughter grew up, my worries started to subside. She was healthy, social, and did well in preschool. Like most preschoolers, she became an expert at making me happy, mad, and sad, all within a matter of minutes. I started to think kids were sweet and cute, even when they were at their worst.

Taking that once-a-year trip to Disneyland would never happen if we had another child.

As my daughter got older, family members and strangers alike kept asking me when I was going to have another child. At first, I would shrug my shoulders and smile. "We're not thinking about having another child at this time," I'd say. "We're focusing on our daughter for now." Deep down, I knew I should have been honest and said, "Our daughter is probably it." But another part of me wanted to say, “If you really cared about me having another child, you'd give me money, because I'll have a whole new mouth to feed."

In fact, part of the reason why we decided to be one and done is because we quickly realized just how expensive having a child is. Between rising day care costs, extracurricular activities, clothes, toys, birthday parties, and just the necessities to keep a child alive, I am honestly not sure how my daughter will ever attend college. My husband and I work full-time, and we get help from friends and family, but it is still a struggle.

My husband and I want to be able to enjoy vacations and, at least for me, the occasional shopping spree. Most of all, we want our daughter to be able to experience these perks as well. And taking that once-a-year trip to Disneyland would never happen if we had another child.

Don’t get me wrong. My once-cynical self has changed since I had my daughter. Having a child has taught me the power of empathy, and I have also learned to be content with what I have and not take anything for granted. And honestly, my family’s health and well-being is more important to me now than the concerns of other people regarding whether we'll expand our family.

Before my husband decided to have a vasectomy, we talked about the pros and cons of having another child. “She would be such a good sibling,” we would say about our nurturing daughter, and, to be honest, there were times when I would watch my daughter play with her younger cousin, and a feeling of guilt and sadness would overwhelm me.

Now when people ask me if I'm having another kid, my answer is simple: "My husband got snipped, so we're done." The look on their faces is priceless.

On the other hand, we realized that not expanding our family would allow us to devote our love and attention solely to our daughter. We knew that with the amount of family and friends she has, she will never be alone, and we could put a little extra money aside to go on more family outings.

With confidence in our hearts, my husband and I knew what we had to do. I made the decision to have my IUD removed because it had given me terrible mood swings, and my husband decided to have a vasectomy. The procedure was covered by his insurance, and it was not as invasive as me having my tubes tied. At the doctor's office, the full realization of our future finally set in: we were one and done. Although vasectomies can be reversible, we were firm in our decision, and there was no going back.

At first, I was offended when people asked if we were having another kid. After all, they did not know our financial situation, or about how our difficult our daughter’s birth was. The question was intrusive, and I didn't appreciate hearing it, time and again. But over time, I learned that those opinions don’t matter. No one is living my life but me. Now when people ask me if I'm having another kid, my answer is simple: "My husband got snipped, so we're done." The look on their faces is priceless.

The choice we made to not have any more children was a highly personal one. Everyone has their own reasons and circumstances that lead them to expand, or not expand, their family. It was also not a decision we took lightly. But at the end of the day, we are satisfied with our family of three.

More Like This
Paris Hilton Is Officially A First-Time Mom
When Does A Baby Recognize Their Father? A Pediatrician Explains
Celebrate Your Baby’s 1st Valentine’s Day With These Instagram Captions
The Best Travel Tips For Solo Parenting
What Parents Are Talking About — Delivered Straight To Your Inbox