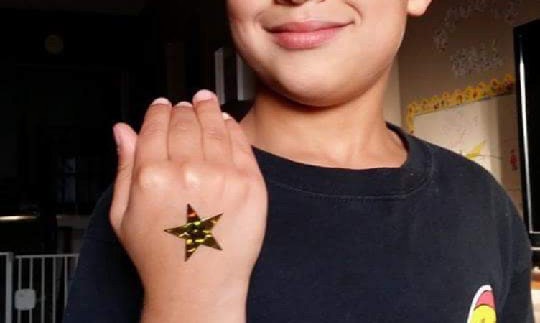 When Will My Son Stop His ADHD Medication, You Ask? When He Can Decide For Himself

After over five years of struggling, we finally had help for our son. We had known something was different about him since toddlerhood, but he would be 7 before receiving his diagnosis of ADHD. At the advice of his pediatrician, we started him on ADHD medication, found the right dosage, and watched him transform before our eyes. The child who had struggled in school daily, who could not stay in his seat long enough to finish a simple task, and who had met me every day after school with a stern note from his teacher about his behavior, had suddenly become a model student.

His report cards glowed. His teachers raved. But more importantly, he felt better in his own skin. One day, shortly after beginning his medication routine, he turned to me and said, “Mommy, I feel good.” Medication hadn’t zombified him, like so many fear-mongering posts warn parents they will. Medication had brought him back to us. He wasn’t a different child on medication — he was able to finally be himself, unhindered by his condition.

As he continued to flourish, I was caught off-guard by how many people asked me when we would be taking him off the medication now that he was 10 and doing so well. My answer of, “Never” seemed to bewilder them. I didn’t understand their confusion. Medication for ADHD doesn’t work like antibiotics. It isn’t a cure; it is used to treat the symptoms of a chronic condition. I wouldn’t expect anyone to ask the parents of a child with diabetes when they would be stopping their insulin, or the parents of a child with vision differences when they would be ditching their glasses. Why would I take away a form of treatment that was helping my child navigate the world?

Expecting a teen with ADHD whose symptoms are not being adequately treated to successfully navigate this time in their life is just unfair.

Continued medication isn’t just my preference, it is backed by ADHD experts. I speak with Heidi Bernhardt, President of the Centre for ADHD Awareness, Canada (CADDAC), about why it benefits children to stay on ADHD medication past childhood.

“ADHD impairments do not cease to exist in the tween or teen years,” Bernhardt tells me. “If anything the load on their attention and requirements on their executive functioning skills and self and emotional regulation, all of which are impaired with ADHD, increase significantly. As a child ages we expect them to be able to pay attention through longer teaching and work sessions. We expect them to be able to organize their time, assignments and belonging with little help from adults.”

She notes the dramatic transitions that children go through as they mature — transitions that can be challenging for anyone. “Expecting a teen with ADHD whose symptoms are not being adequately treated to successfully navigate this time in their life is just unfair.”

Toronto mom Harper-Lee Kettle agrees, and wishes she had had better access to ADHD diagnosis and treatment as a teen. “I did well in school but any homework was never completed. My assignments were all subpar. When it came to stories or poems, that’s where I thrived. If I was medicated, maybe I could have actually completed tasks I had started, gotten better grades, and felt better about public speaking,” she says. “I wish I had the drive and focus of my peers, but I didn’t. And if medication could have helped I would have been all over that.”

In addition to struggles with school work, there are documented risks associated with untreated ADHD in teens. Teens with untreated ADHD may be more likely to drink, smoke, do drugs, and engage in other risky behaviour, according to WebMD. When not receiving help through proper medication, they are much more likely to self-medicate as adults, per the advocacy site Smart Kids With ADHD.

Untreated teens with ADHD may also have problems regulating their emotions, making them easily frustrated and quick to anger. Their decreased ability to focus can put them at increased risk of serious car accidents. The Center for ADHD Awareness of Canada highly recommends teens diagnosed with AHDH who drive be treated with medication.

Considering the increased pressure on teens in general, and the hurdles placed for teens with ADHD, it’s not surprising that teens with ADHD are at a higher risk for suicide as well, as a study published in the World Journal of Psychiatry found.

All of this scares me more than keeping my child on medication. We did not enter into treatment lightly. We did the research and learned the risks. We took him for an EKG to make sure he had no unknown heart conditions that could increase his risks of a serious reaction. We follow up with his doctor regularly, we check in with his teachers to make sure his course of treatment is still successful, and we talk to him about how he feels. We have also taken him to a counselor to help him gain coping skills in addition to medication to manage both his ADHD and the anxiety that comes with it. Medication is not a cure-all, just as people who have high blood pressure must change their lifestyles in addition to medication – but it helps foster the adaptation of those coping skills.

Some families choose to take “medication vacations” in which they cease treatment on weekends, or for extended time off of school such as summer vacation. At the advice of our son’s pediatrician, we do not. These medications help him in every facet of his life, not simply at school. His relationships in and out of school are healthier, he can better handle his responsibilities at home, and he is simply happier with a clearer head. Why would we deny him that?

Despite the stigma of ADHD medication, my 10-year-old is still medicated, and barring a medical reason to stop them, he will be staying medicated until he is an adult and can choose for himself.

That said, there may be times a medication break could be useful. Bernhardt explains, “Medication breaks are a very individual issue and should be discussed with the teen's medical practitioner. For some, a break is not harmful and may be suggested if appetite suppression and low weight is a concern. But for other teens, staying on medication may be the choice especially if they will be required to function at summer school, camp or work, or if self and emotional regulation is an issue.“

Bernhardt cautions that taking a medication break without consulting a physician is ill-advised. “Any changes in medication should always be done under the guidance of the treating physician. The pros and cons can then be adequately discussed as well as any possible concerns with being off medication treatment. If concerns arise, the physician should be contacted immediately. Timing of the breaks and reintroduction of the medication should be well planned out to allow for adjustment back onto the medication in time for school.”

Despite the stigma of ADHD medication, my 10-year-old is still medicated, and barring a medical reason to stop them, he will be staying medicated until he is an adult and can choose for himself whether or not he wants to continue them. For our family, the benefits far outweigh the risks, and he deserves to keep thriving.

More Like This
How To Properly Clean An Inflatable Pool
Tick's Head Gets Stuck Under Your Skin When You Were Pulling It Out?
The Euphoric Terror Of Rollerskating Was Exactly What I Needed
Can You Get The Covid Vaccine For Kids Under 5 At Publix?