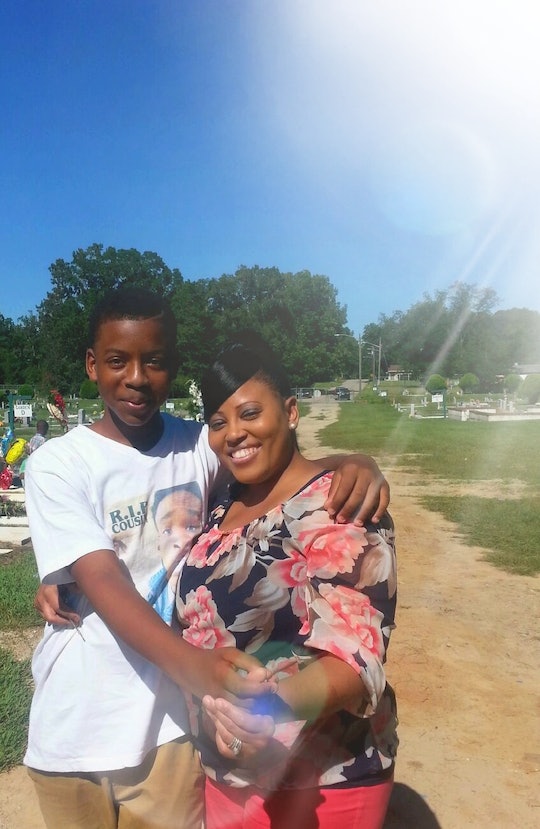 The One Question You Need To Ask Before Every Playdate

As a survivor and as a mother on a journey to save lives, I felt compelled to write in response to your recent advice to a mom about asking other parents if they have guns in their homes. The mother wrote to you asking if she should inquire about whether other parents keep guns in their homes before scheduling playdates with their children, and if the answer is yes, where the guns are stored. You told that mother that asking such questions might be viewed as “off-putting,” and that you should instead invite the children to play at your own home.

I am the mother of a victim of gun violence. My 14-year-old son, JaJuan McDowell, was shot and killed by another teen playing with a gun on April 7, 2016, while visiting family in Savannah for spring break. A parent asking that question isn’t being nosey. She's asking about how to best protect her child and save her child's life.

I need to correct the record from your column. The truth is that asking about guns in the home when sending your kid for a playdate is critically important to creating a culture of responsible gun ownership and keeping our kids safe. Asking those simple questions may even save lives.

The author's sons, TyJuan and JaJuan.

Kids will be kids. They won’t always make good decisions about their own safety. Curious or impulsive kids may find and touch an unsecured gun, even if they’ve been told not to. If a child handles a gun, a bad decision can quickly turn to a fatal one.

I know this tragic reality all too well. Last April, JaJuan was shot by another teen playing with a gun. I was at the hospital when I heard the five words that brought me to my knees: "He did not make it."

For JaJuan, I will not be silent. My voice matters because my kids matter.

JaJuan was like a light that was always on and always shining. His smile would light up a room. My heart hurts on this journey and tears often come without warning. His death was a preventable tragedy that I will spend the rest of my life working to see no other family experiences.

Almost two million American children live in homes with guns that are both loaded and unlocked. A study of more than 200 gun-owning families found that 75% of kids knew where their parents kept their guns — even though parents often think they don't.

For JaJuan, I will not be silent. My voice matters because my kids matter. It is time to shine our own lights on this issue. If you are committed to giving sound advice and promoting a culture of gun safety — as I believe you are — I urge you to educate yourself and update your advice.

By starting this conversation about responsible gun storage in our communities, we can let people know about the simple things that everyone, gun owners and non-gun owners alike, can do to prevent injuries and save lives.

Check out the Be SMART program, a campaign spearheaded by Moms Demand Action for Gun Sense in America. The campaign is focused on what we can all do to protect vulnerable kids by storing guns locked, unloaded and separately from ammunition, and taking steps to make sure children never get unauthorized access to unsecured guns. The program includes information about how to ask our friends, family and other parents about guns in the home and how they are stored. The ASK (Asking Saves Kids) Campaign reminds parents and caregivers the importance of asking if there are unlocked guns in the homes where their children visit and play.

By starting this conversation about responsible gun storage in our communities, we can let people know about the simple things that everyone, gun owners and non-gun owners alike, can do to prevent injuries and save lives.

And on behalf of all of our children, I ask every American to follow my lead, remember #AskingSavesLives, and I urge you, Dear Abby, to update your advice.

Lives are on the line.

Julvonnia’s 14-year old son, JaJuan McDowell, was shot and killed by another teen playing with a gun on April 7, 2016. Julvonnia is a member of the Everytown Survivor Network, which brings together Americans who have been personally affected by gun violence to work together to fight for solutions to prevent the gun violence that kills 91 Americans and injures hundreds more every day.