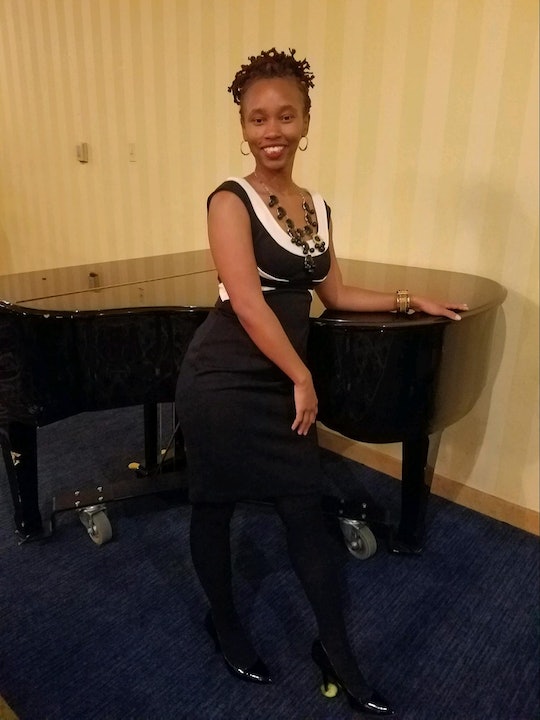 I'm TTC A Second Child, & The Force To Waste Pregnancy Tests Is Strong With Me

Ambreia has a 2-year-old son and has been trying for a second child for a year and a half. This is the second installment of her Trying diary; to read her first, go here.

I wanted to take a pregnancy test freakishly early. I know that made zero sense and that I would be taking it before implantation could even have occurred, but trying to conceive makes you do silly things.

I just really wanted to take that test. I didn't have any extremely special signs and I've done enough research to know that almost anything you feel in the early days post ovulation is due to the increase in progesterone — not a pregnancy — but it doesn't stop me from wondering.

When I broke down and looked up what cycle day I was on, it said I was seven days past ovulation. It's super-duper rare to get a positive this early in a pregnancy, but the fact that the pregnancy calculator said 7.4 percent of people get positives made me want to do it anyway.

I had also been thinking about how my cycles have been 26-27 days long lately, as opposed to the normal 28, and that maybe I was one or two days further past ovulation than I thought. I knew I was supposed to be keeping it cool this cycle and I had done great that far, but I knew I was getting back into the flow of over-Googling and overanalyzing. The two-week wait is just so difficult and I always really wish I could just know if my period was coming or not.

I was also surprised my husband hadn't asked about anything yet. It's usually at this point in the cycle when he'll start asking me if I've taken a pregnancy test. But I had sworn that this month I wasn't going to take a pregnancy test unless my period was actually late this cycle. Every woman who is TTC knows how that usually goes 😂😂😒.

I was deliberately not counting cycle days, but I had cramps so I was expecting my period to start any day. Having wasted all my internet cheapie pregnancy tests, I didn't feel like going to the store for more. Plus I was pretty sure hubs was sick of me wasting money on nonsense. I resolved to just keep waiting.

I was expecting my period to come on Friday the 13th (lucky, right?). I had a presentation that day so I needed to make sure to bring my cup and maybe some liners. The last thing I needed was to get on stage with a huge ketchup-looking stain on my butt. Thankfully, my presentation went well. But I started wondering if my dates were off because there was still no sign of my period. If my numbers weren't flawed, I should've been about two days late. I was pretty stressed about my presentation, so I figured it was possible my ovulation was delayed.

It's unavoidable to scrutinize everything about your body when you're trying, and I felt 99 percent normal, but I had also been weirdly sentimental for the past few days — the first sign that something was up, completely unrelated to biometrics.

Evidence: I like Beyoncé as much as the next Black woman (which of course is still more than the general population), but I cried while watching a reshowing of her Coachella performance and Black National Anthem presentation. That’s normal for a Black cultural writer, right? Ugh, I decided to go to the store to buy a test. I got there an hour before it opened and looked super raggedy buying it. Imagine the versions of ourselves these clerks see purchasing pregnancy tests.

I took the test when I got home and thought I was hallucinating when I saw two lines. I can’t believe that the month I did my best to live life and stop stressing about it... something happened.

I ran into the kitchen hyperventilating like a person with anxiety tends to do and hubs was the level-headed one like usual. I can’t *effin* believe this. I didn’t think this day would ever come and I’m a ball of mixed emotions. But now, I'm nervous as hell!