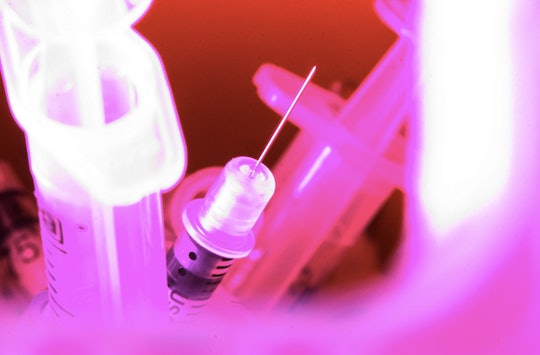 In Divorce, Embryos Get Tossed With The Marriage, Judge Rules

In one of only a dozen cases defining the legal frontiers of IVF as it relates to family law, a California judge ruled against a woman implanting frozen embryos she created with her ex-husband back when they were married. After the couple divorced, Mimi Lee's ex-husband Stephen Findley, 45, no longer wished for her to implant the embryos the couple created through IVF. Lee, 46, said she was dismayed at the San Francisco's judge's Nov. 18 ruling to "thaw and discard" the embryos. Although Superior Court Judge Anne-Christine Massullo had complicated thoughts about ruling on the possibility of a potential family coming into being, the judge wrote that her ruling was based on contract law, pure and simple.

Lee and Findley signed a contract with the UCSF Center for Reproductive Health in 2010 stipulating that if the couple divorced, they'd destroy the embryos. Separate they did, in 2013, and Lee and Findley divorced earlier this year. Judge Massullo wrote that the contract was essentially airtight, and there was no way around enforcing it. Judge Massullo also acknowledged that the ruling could be considered "cold":

It is a disturbing consequence of modern biological technology that the fate of nascent human life, which the embryos in this case represent, must be determined in a court by reference to cold legal principles.

Judge Massullo continued in her ruling to point out how important it is that IVF clinics make contracts and the decisions they cover comprehensible to all people who utilize their services. She added, "IVF clinics and individuals who participate in the IVF process must have some certainty about dispositional choices before embryos are created."

In a 1998 case, New York's highest court also decided that when it comes to embryo-implantation, a woman must have the consent of the man with whom she created that embryo. That decision overturned a lower court's ruling that the woman had the right under Roe v. Wade to determine the "fate" of her "nonviable fetus" without interference of her ex.

Arthur Caplan, director of the Center for Bioethics at the University of Pennsylvania commented to The New York Times in 1998 that that case remained a contract case because there was not significant legislation in place to navigate the terrain of IVF and reproductive technology. His comments over a decade ago still apply today:

The court dodged a bullet because it had a contract and chose to enforce it. Future cases may have no contracts. And future courts may choose not to enforce them. What we need is legislation.

In the recent California case, Judge Massullo made sure to explain in her ruling that it wasn't up to her to make a statement about Lee's right to procreate: that's not what this trial was about. All she could do was determine, based on the contract, that Lee did not have the right to procreate using an embryo she created with her ex, Findley. Lee maintained during trial that she did not understand that the contract she signed with the UCSF Center for Reproductive Health was legally binding. She went on to testify she thought she "could later change her mind," the Los Angeles Times reports. Judge Massullo did not buy that “given Lee's education, profession and intelligence."

Massullo's ruling falls in line with other decisions besides the 1998 New York case. According to the Los Angeles Times, "In about a dozen other embryo disputes around the country, not one high court has decided to award an embryo to someone over the ex-partner's objection." A rep for Lee expressed Lee's disappointment with the ruling. There is no indication that Lee will appeal the ruling, although she previously said she might if the decision wasn't in her favor.

More Like This
Adele Was Determined Not To Have A "Messy" Divorce For The Sake Of Her Son
Can States Ban The Abortion Pill? FDA Rules May Make That Hard
Can You Light Fireworks In Your Backyard?
How To Stop Breastfeeding A 2-Year-Old