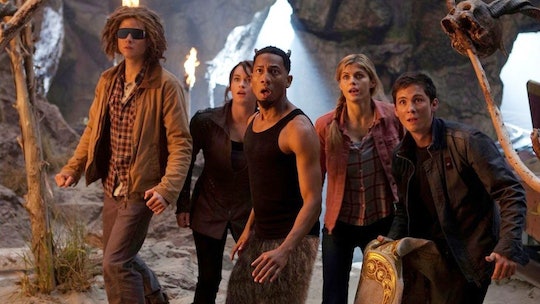 There is a world where shame and stigma does not exist. In the universe writer Rick Riordan has created, having ADHD is a sign you’re a hero, a champion, a child of the gods. His best-known character is Percy Jackson, the 12-year-old boy at the heart of five novels, two spin-off book series, three graphic novels, two movies, a musical, two short story collections, and more. According to Seale Ballenger, publicity director for Disney Publishing Worldwide, there are roughly 25 million Percy books in print, “give or take a million." The success is so profound that it’s easy to forget how powerful the antipathetic view of ADHD can be.

A learning disability caused by an underproduction of dopamine and norepinephrine, brain chemicals that regulate focus, ADHD manifests as either hyperactivity, inattention, or both. And since those who have it tend to space out or squiggle more, they also receive more criticism: By the age of 12, the average child with Attention Deficit hears 20,000 more negative messages than peers, as they’re constantly chided for symptoms they can’t control, Dr. William Dodson wrote for ADDitude. As a result, studies like one in Frontiers in Psychiatry show kids’ self-esteem levels get lower every year, as they fight the shame that comes from being unable to behave the way society demands. All this is before political commentators like Fox News commentator Oliver North falsely claim kids who treat their condition often become school shooters. (They do not.)

Enter Riordan, who spoke by email to Romper about link between his son's experience and Percy Jackson — a character he previously traced to his son in a post on his website titled “The Learning-Disabled Hero.” After an attack at his school, Percy Jackson learns he’s the son of Poseidon, Greek god of the sea. In the first book in the series, The Lightning Thief, his friend Annabeth, child of Athena, explains Percy’s parentage makes him a demigod with a mind “hardwired for ancient Greek” — which is why Percy also has dyslexia. “You’re impulsive, can’t sit still in the classroom,” Annabeth adds, “That’s your battlefield reflexes. In a real fight, they’d keep you alive.”

And she’s right. As the books go on, Percy and his friends rely on his ADHD mind to save the world time and time again.

“My oldest son Haley was diagnosed with ADHD and dyslexia when he was in second grade,” Riordan explains, emailing through Ballenger. Riordan taught middle school for 15 years, including mythology, so at bedtime, he told his son Greek myths. When there were no more to tell, Riordan invented Percy: “Percy has ADHD and dyslexia because my son does.”

As he built this fictional world, Riordan says Percy was his way of telling his son, "Learning differences don't mean there's anything wrong with you. In fact, it is a mark of being very special indeed.” It was a message he says Haley “had no problem believing.” Seeing himself in fiction “empowered him,” Riordan adds.

Since The Lightning Thief debuted in 2005, the story’s reach has moved well beyond Riordan’s child, the author’s work now sold in 37 countries. No matter where they live, Riordan notes, “It can be really empowering for kids to know that they are seen and understood. They may behave or process information differently in a classroom setting, but that doesn't mean they are flawed.”

These readers often tell Riordan their disorder feels like 'a badge of honor now rather than a problem.'

In light of the world’s many negative messages, when students with Attention Deficit see themselves depicted positively, the traits that typically get them in trouble exalted and, as a result, their praise is overwhelming. Riordan says he’s received “hundreds, perhaps thousands of letters from kids with ADHD, thanking me for writing demigods that reflect who they are.”

These readers often tell Riordan their disorder feels like “a badge of honor now rather than a problem. I even have kids without ADHD write me, kind of bummed out that they don't have it, asking if they can still be demigods!”

The answer is yes: Any child can be a hero, as Riordan also includes LGBT, deaf, and visually impaired characters in his books. In 2007, his middle grade novel The Hammer of Thor (a non-Percy story) won the American Library Association’s Stonewall Award for its portrayal of a genderfluid demigod. The book also includes a homeless character.

Other books show kids from single parent households, who have asthma, or who rely on crutches to walk. Racial diversity is prevalent too, as Native American, Asian, Latinx, and biracial kids partner up to save the day. Riordan has also launched his own imprint, Rick Riordan Presents, which publishes four books per year by or about those from underrepresented cultures and backgrounds.

Whatever the trait, if children who exhibit it are often misperceived, you’ll likely see a positive representation in Riordan’s works. When it comes to Attention Deficit specifically, the author emails, "I know well how misunderstood ADHD is and how kids can be labeled with any number of ugly labels like ‘stupid,’ ‘lazy,’ or ‘troublemaker.’”

Riordan explains, “These kids aren't trying to 'get away with' something or do less work. Often, they are already working harder than most kids just to exist in their own skins and get through the day.” And science says he’s correct: In an ADHD mind, the dorsal anterior cingulate cortex actually works much harder than in the non-ADHD brain. Nor does Attention Deficit impair intelligence, as high IQ is quite common among those who have it. First diagnosed in 1903, Attention Deficit is as real as diabetes, cancer, or any other medical condition.

But as for those non-scientist, non-physician pundits who continue to claim Attention Deficit is like the Greek gods — not real — Riordan politely says, “I don't think [they] have ever spent time in a classroom or if they have, they haven't been paying attention.”

Children need our encouragement period, no matter what sets them apart. According to Riordan, “Kids learn best and succeed best when they have support and when the caring adults in their lives are working together and communicating — family physician, school counselor, learning accommodations coordinator/tester, parents, teachers.”

And, as anyone who’s read Percy’s story will attest, this includes fiction writers, too.

More Like This
From Captions To Gifts, These Are All The Kindergarten Graduation Ideas You Need
Karamo Brown Teamed Up With His Son On A New Children’s Book To Share A Powerful Message
You're Going To Laugh So Hard At These Graduation Memes
These Instagram Captions Capture The Comedy Of College Graduation