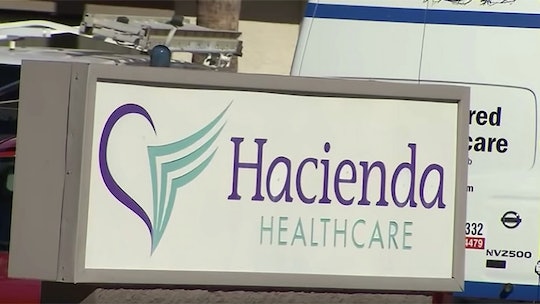 Months after authorities began investigating disturbing reports that an incapacitated woman gave birth after she'd allegedly been raped at a long-term medical center in Arizona, new documents have alleged that she may have been pregnant on an additional, earlier occasion, before the December birth, CNN reported on Thursday.

Lawyers representing the now 29-year-old woman, who'd been in the long-term care facility since 1992 following a near-drowning incident, and her family "filed a $45 million notice of claim" to Arizona on May 22, as Fox 31 reported. According to court documents, as NBC News reported, a medical examination concluded that the woman was allegedly "violently and repeatedly raped" at the Hacienda HealthCare facility in Phoenix, Arizona, and "may have been impregnated before."

This is believed because medical examiners said the woman's birth in December may have been a "repeat parous event," meaning that an additional pregnancy could have happened before she gave birth last year, according to the New York Post.

"Of note, on inspection of patient’s vagina and introitus it is determined that this is a non-nulliparous event," the documents allege, WNKY reported. According to U.S. National Library of Medicine, the term nulliparous women means that they have had "no previous births."

"That came as a complete surprise to us," the woman's attorney John Micheaels said, according to WNKY. "That was the opinion of the person that examined her. At a minimum, there were repeated violations of (the victim) from the scarring... How certain anyone is of a prior pregnancy, I don’t know."

Romper's request for comment from Hacienda HealthCare was not immediately returned, but a spokesperson for the nursing facility told NPR, "notices of claim are not filed with private companies" and, as such, Hacienda HealthCare "does not expect to see a copy of the claim."

The claim filed against Hacienda HealthCare and the State of Arizona. allege that "there were 83 missed opportunities to diagnose the pregnancy" before the woman went into labor and gave birth on Dec. 29, 2018, according to CNN.

Detailing the missed opportunities, court documents claim staff at Hacienda HealthCare allegedly overlooked that the woman had not been getting periods in the months before she gave birth, weight gain over the course of several months, a "large and hard mass" in her abdomen, and documentation noting that her abdomen was "sticking-out" a total of 24 times, as 12 News reported.

When the woman ultimately went into labor and gave birth to a healthy baby boy in late December, "none of the staff were aware that she was pregnant," a source familiar with the case told CBS News at the time.

Following the birth, authorities obtained DNA samples from male staff members at Hacienda HealthCare and have since arrested and charged Nathan Sutherland, an licensed practical nurse, with sexual assault and vulnerable adult abuse, ABC News reported. As of February, he pleaded not guilty to the charges and was fired from Hacienda HealthCare, according to CNN.

In response to the claim, the Arizona Governor's Office told KTVK in a statement that they're reviewing the notice. "The details in this matter continue to be extremely disturbing — since day one, the governor has been clear that those responsible for this crime need to be held accountable to the fullest extent of the law," the statement read. "He’s called for the board to be terminated, a full criminal Investigation and an investigation to determine how this could have happened and for additional oversight at Hacienda to ensure something like this never happens again."

At this time, as CNN reported, the family is seeking a $25 million settlement for the woman and an additional $10 million for each of her parents. It's unclear how Hacienda HealthCare and the state will respond, but this case could be taken to court.