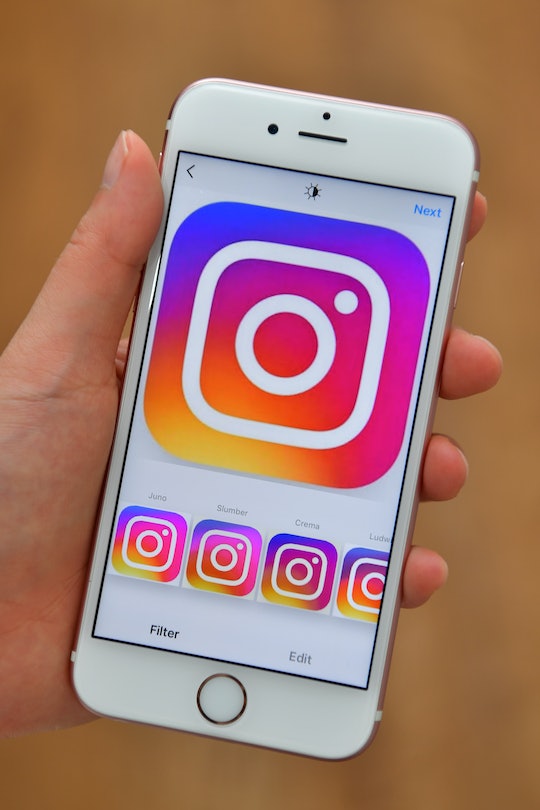 Just when you finally figured out how to post Stories, Instagram has introduced another new feature. With Instagram Galleries, users can post multiple photos at once, but unlike Stories, all that hard work won't disappear in 24 hours. The layout is a little different than Stories — it's not an auto-scrolling slideshow, and there's no option to doodle on the pics — but it's perfect for when one photo just doesn't capture the moment.

Galleries was released on both iOS and Android on Wednesday. To get started, touch the plus-sign icon at the bottom of the home screen to create a post as you normally would. The feature only works for photos and videos already in your phone's gallery, and once you select it, in addition to the Boomerang and Layout options, you'll now see an icon that looks like a stack of pictures labeled "Select Multiple" (if you're not seeing the option, close out the app, then go to the App Store or Google Play and update to version 10.9). You're then prompted to select up to 10 files to include. As you select them, you'll see number icons on each one, but don't worry about the order just yet; we'll get to that later.

After selecting your photos and videos, touch Next in the upper right corner. On the next screen, you'll be prompted to select a filter to be applied to all the images, which is a nice option for unifying multiple photos taken under different circumstances. It will even apply the filter to the video, making the transition less jarring. If you'd rather apply filters individually, though, simply touch each image one by one. You can then filter and edit photos (including cropping or rotating). Videos can be filtered and trimmed, you can choose a new "cover" (the still frame that shows before a viewer plays the video), and choose whether to enable sound. Be kind to your followers; if the sound isn't the focus of the video, leave it off!

Once all the edits are done, you can rearrange the order by touching and dragging each image around, similar to the way you'd move shortcuts on your phone's home screen. If you've chosen less than 10 images, and you just remembered another that you wanted to include, don't hit the back arrow and lose all of your edits; there's a plus icon at the end that allows you to grab more. Hit Next again when you're done and you're taken to the final post screen, where you'll have to come up with just one caption for the whole gallery.

Now you can show your followers everything that happened during your protest rally, Disney vacation, or prom-posal, without clogging up their feeds or resorting to collages that reduce each pic to a thumbnail.