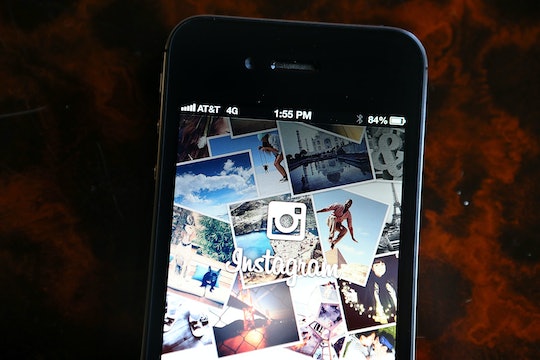 Instagram lovers, this is your time to channel David Bowie, sing about "cha-cha-cha-changes," and just get over it. Instagram has released its own Snapchat-style Story feature and the Instagram Stories memes popping up around social media make it very clear that not everyone is happy about the, say it with me now, changes. Yes, one popular social network has brazenly taken an idea from another social network and it just isn't sitting right with users who love each platform dearly for what it is (or what they think it's supposed to be).

This is life, friends. I feel for people who are bothered by the announcement. Instagram was a place for one-off pics of life and Snapchat was a place for random "stories" (can we not call them videos?) that would disappear in an instant if one wanted them to. But also, let's remember, Snapchat is also a place where one uses a dog face filter and then reposts that dog face picture to Twitter and Instagram just to make sure everyone saw it. Maybe I'm old, but it seems like something had to give eventually.

Dual Snapchat and Instagram lovers, I address you as a Twitter-obsessive and say that you need to calm down. This isn't the end of the world. This is technology and if you are surprised that Instagram is trying to up its game by snagging some features from Snapchat, you obviously haven't been in the social media game for very long. I threw a fit when Facebook was opened to those without college email addresses, and Facebook users before me threw a fit when it was opened to college email addresses that weren't elite. It's time to suck it up and move on. This happens.

That being said, I feel your hate and confusion. There is some amazing hate being thrown around about the (sing it again) changes on Twitter, of all places, and they are pretty hysterical:

For Those Who Hate The New Poser

For Those Who Don't Care

For Those Who Feel Like They Left Insta For No Reason

I'm sorry to everyone who feels like the update is not an update but a ploy to get you to post more videos and selfies to the mobile web. I hate to bring bad news, but that's exactly what this update is. The very social networks that we use and love on a daily basis are also companies that employ people and make lots of money just because we use them.

If anyone thinks that Snapchat Stories was something proprietary that Instagram wasn't going to use one day (and let's go back to when we talked about Snapchat being the "new" Instagram for a minute), they need to get their head right. Everyone on social media is a "user" and the platforms are just trying to figure out how to cater to us all while also selling advertising data. Does that make me a Debbie Downer for saying so? Possibly. I still love and post to all of them.

Figure out where your friends are and how you can reach them with pictures of your BBQ this weekend and stop complaining. They all sync into each other anyway.