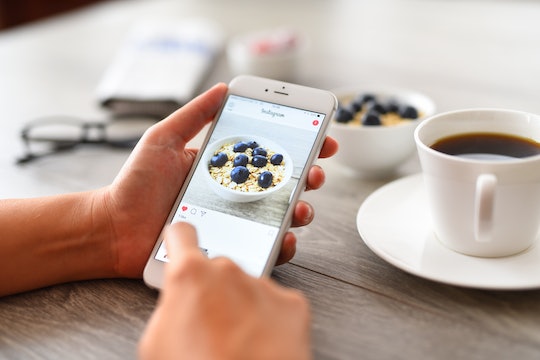 How much do "likes" really matter on social media? And consequently, if no one can see how many "likes" you have, do they somehow matter less? Instagram plans to uncover answers to those questions and more by testing out a few new changes to the app. In fact, Instagram will soon hide likes on posts, making it so that only the person who shared the photograph will ever know how many likes it garnered.

"Right now we're testing making like counts private — so you'll be able to see how many people liked a given photo of yours or video of yours but no one else will — in seven countries, including Brazil and Japan and Canada," Instagram CEO Adam Mosseri said Friday at the WIRED25 summit in San Francisco, California. "We're actually announcing that we're going to start testing in the U.S. next week. Not the whole U.S. at once but some of you. Definitely a couple of you will have private likes."

Mosseri's announcement comes months after the Facebook-owned photo and video-sharing social networking began testing the feature with users in other countries, according to NPR. Along with Brazil, Japan, and Canada, some users in Australia, Ireland, Italy, and New Zealand have also found themselves unable to see how many likes other people's posts have garnered.

And according to a Facebook company spokesperson, results from these early tests of private likes have been good. Still, because hiding likes for all users across the platform would equate to more than just a small change, the company is committed to fully testing the feature before deciding on its future. "While the feedback from early testing has been positive, this is a fundamental change to Instagram, and so we’re continuing our test to learn more from our global community," a Facebook company spokesperson tells Romper.

But why make likes private at all? According to Mosseri, the new feature is aimed at ending comparison culture and "doing it for the 'gram," a phrase referring to doing something solely for the purpose of posting about it on Instagram in order to receive likes. "It's about young people," Mosseri told the crowd at WIRED25. "The idea is to try and depressurize Instagram, make it less of a competition, give people more space to focus on connecting with people that they love, things that inspire them. but it's really focused on young people."

A Facebook company spokesperson reiterated a similar message in a statement to Romper, saying, "We are testing this because we want Instagram to be a place where people feel comfortable expressing — this includes helping people to focus on the photos and videos they share, not how many likes they get."

Of course, not everyone is happy about the new feature Instagram is testing. A number of influencers and celebrities, including Nicki Minaj and Cardi B, have already voiced their frustration regarding the feature. And the social media network does appear to be listening, according to Business Insider.

"We understand that like counts are important for many creators and businesses, and we are actively thinking through ways for creators to communicate value to their partners," a Facebook company spokesperson tells Romper when asked about those who've argued that private likes would hurt their ability to use Instagram effectively.

Although Mosseri has let the cat out of the bag regarding Instagram's plans to expand its testing of private likes, the social media platform has yet to reveal exactly how many U.S. users might soon find themselves unable to see others' likes.