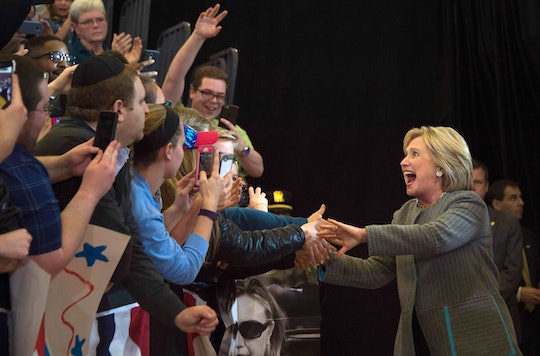 Iowa Caucus Memes That Will Keep You Entertained, Even If You're Not A Fan Of Politics

The first votes of the season are here, y'all, and the Iowa caucuses are officially open. Democracy is serious business — but this year's presidential race has been so outrageous that the internet had to take advantage of the comedic opportunity on Monday night with some 2016 Iowa caucus memes. Before the metaphorical (or literal) caucus gates opened, this is how things stood for the Democrats and Republicans, respectively, in the Des Moines Register polls. On the Democrat side, former Secretary of State Hillary Clinton remained just a sliver higher in the polls than Vermont junior Sen. Bernie Sanders, leading with 45 percent of caucus Democrats to his 43 percent. On the Republican side, business mogul Donald Trump led with 28 percent, followed by Texas Sen. Ted Cruz at 23 percent and Marco Rubio, junior Florida senator, further behind at 15 percent. It's a tight race and Trump is involved, so bring on the 2016 Iowa caucus memes!

Whether you're a big fan of politics or simply don't have the patience to sit around and wait for the votes to roll in with everyone else, here are just a few of the best so far that should keep you entertained either way:

How Much Do the Iowa Caucuses Really Matter?