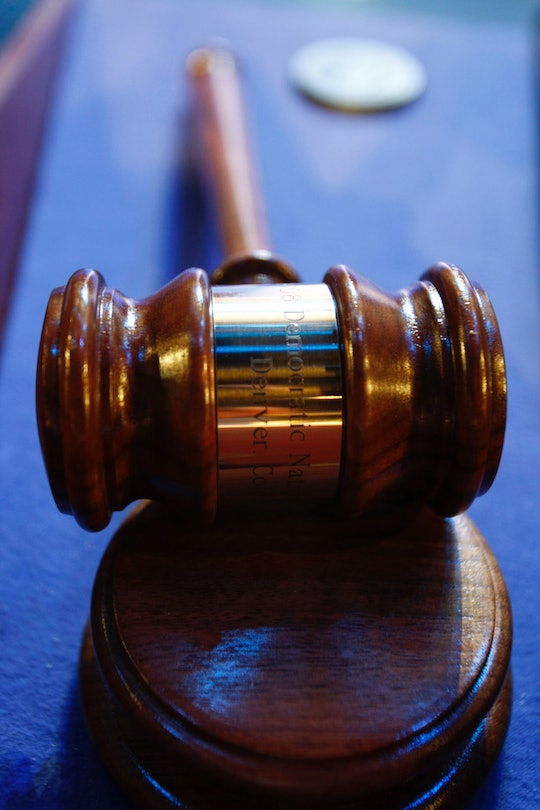 An Iowa man's light sentence following a serious charge drew concern. A teen charged with sexually abusing a 1-year-old won't serve time in prison, The New York Times reported. On Monday a judge handed down "a 10-year suspended sentence" after the accused, 19-year-old Kraigen Grooms, pleaded guilty to "engaging in a lascivious act with a child."

United States Immigration and Customs Enforcement (ICE) released a call for public assistance in finding a "'John Doe' child predator" in March 2014, according to the ICE website. At the time, ICE officials believed they were looking for an 18- to 20-year-old male who "photographed himself engaging in sexual contact with an African American baby girl" a few years earlier. They arrested Grooms fewer than 30 hours later. Defense attorney Matthew Boles, Judge Randy DeGeest, and prosecuting attorney Gary Oldenburger did not immediately respond to requests for comment.

Update: Iowa Judicial Branch Communications Director Steve Davis responded to a request for comment from Judge Randy DeGeest, sharing that "No one from the judicial branch can comment on a pending case beyond what is in the [sentencing] order." Judge DeGeest forwarded a link to the press release quoted below.

In a press release from Oldenburger published by Ottumwa Radio, the prosecutor wrote that many details of the case being reported were "grossly inaccurate":

Initial information from the investigation indicated that Grooms described the abuse as “so hot” and that he intended to commit further acts of abuse against another child. This information was later found to be inaccurate. Grooms, who was 16 when the incident occurred, had been tricked into believing that he was interacting online with a female his own age, and performed the abuse at the pornographer’s request, believing the request was from the teenage female. The pornographers were the ones who described the abuse as “so hot” and while they attempted to convince Grooms to commit additional abuse, Grooms did not.

In the press release, Oldenburger outlined a number of case details to justify Grooms' sentence. He also detailed “The circumstances of the offense”:

While the abuse Grooms committed is disturbing, it would not be accurate to describe it as “raping a toddler” as it has been described on certain websites. The child was not injured, no pain was inflicted, and the child was too young to even be aware of what was happening. The child suffered no ill effects as a result of Grooms’ actions. Additionally, it was not Grooms’ idea to commit the abuse, and he did not know the abuse was being recorded. The abuse was committed at the behest of two men who had, over a long period of time, perfected a technique for duping children into committing sexual acts that they would not have otherwise engaged in. They were so skillful and so persuasive in their efforts that they successfully convinced hundreds of children to engage in sexual activity while they surreptitiously recorded it. It seems highly unlikely that Grooms would have engaged in the abuse under any other circumstances or of his own volition.

Only 17 years old at the time of his arrest, Grooms was charged with second-degree sexual abuse and "tried as an adult," The New York Times reported; he was held in juvenile detention and spent time in county jail. Though individuals convicted of that crime can serve up to 25 years in prison, pleading guilty to engaging in a lascivious act with a child meant Grooms ultimately faced a much lighter punishment than he would have otherwise.

The sentence may seem distressingly light to people following the case, but Wapellow County Attorney Gary Oldenburger offered justification, ABC News reported. He said that while he, personally, hoped that Grooms would have a long prison sentence, the parents of the baby advocated for rehab over time behind bars. The victim's mother is reportedly an employee of a "residential treatment facility for juvenile sex offenders," according to The Des Moines Register. The prosecution also believes that Grooms did not know he was on video at the time the act was committed, ABC News reported. Oldenburger said that Grooms is related to the victim, according to The Des Moines Register.

Grooms has "five years of supervised release," The New York Times reported. He's also required to be a registered sex offender for the rest of his life, according to ABC News. Any second offense would immediately warrant prison time. Even so, questions remain about whether the punishment was appropriately severe given that Grooms was an active participant in child pornography. For now, Grooms won't be serving any more time behind bars.