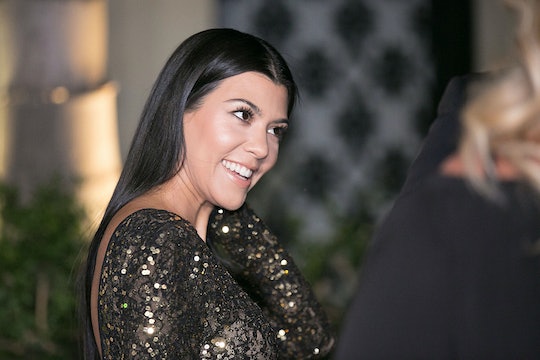 iPhones Autocorrect “Lardass” To “Kardashian,” So Tell Us How You Really Feel, Apple

Getting a new phone and having to teach it all of your favorite swear words is supremely annoying. No, stupid phone, I am not trying to call my neighbor a “giving agile”! Recently, some iPhone users have discovered an interesting autocorrect quirk that’s either hilarious or mean, depending on how much E! Network you watch: iPhones are correcting the word “lardass” to “Kardashian,” and Twitter is predictably going bananas over the glitch (or is it a glitch?).

Like it or not, “Kardashian” has become a household name. And it’s actually been one for quite some time. So, people shouldn't be surprised the first time they type it into their Samsung Galaxy or iPhone and discover that it was already preloaded into the dictionary. “Lardass,” however, is not that common of a word these days. So should we expect phones to know it?

I first tried swiping it on my Samsung Galaxy keyboard, and got corrected to “lata,” which is some medical term I would never expect a phone to know. Typing it letter by letter led to the suggestion of “lard ass,” even after I removed “ass” from my dictionary (because I’m a very thorough investigative journalist, obvs).

But apparently I just have the wrong phone, because some iPhone users were able to replicate the rude correction. Apple iPhone users narrowed the glitch down to iPhones with the newest software (iOS 9.2) only; older iPhone software corrects to “lards,” “larders,” or “lardas,” which, from what I can tell, isn’t even a word. Regardless, it's pretty terrifying that the newest software issues "Kardashian" or "Kardashian's" (the possessive — how interesting!) as a correction to the word "lardass," should one actually ever use it.

So, is this a mean joke by an Apple employee, or just a crazy coincidence? We may never know the truth, but at least it entertained everyone for a few days: