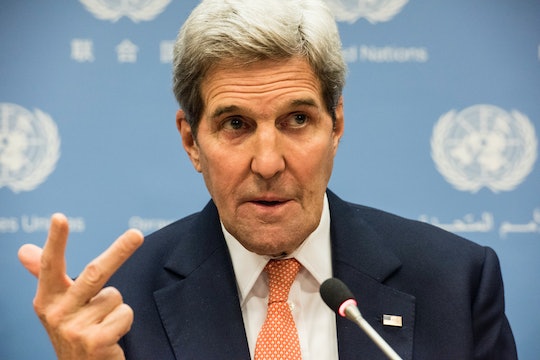 After swapping five American prisoners for seven of their own, the Iran sanctions were lifted on Saturday. Lifting the sanctions, which have been in place since 1979, frees up about $50 billion of Iranian assets and opens up some trade. They were finally lifted because international inspecters confirmed that Iran has complied with conditions of the nuclear deal agreed upon this past summer.

The International Atomic Energy Agency, a United Nations monitoring agency confirmed that, as part of that deal, Iran had dismantled a heavy-water reactor, reduced the number of centrifuges they had, and got rid of about 98 percent of their uranium stockpile. Those things could help them make nuclear weapons, even though Iran has always said that their nuclear program is peaceful.

The United States and the European Union are following up on their end of the deal by lifting some economic sanctions. They've lifted restrictions on all sorts of business: the trade and investment in oil, metals, shipping, shipbuilding, as well as banking, visa restrictions, and asset freezes. For the first time, Iran can actually transfer money electronically. It will also permit American companies to operate in Iran.

The best part? We're getting good stuff, too. America will now allow the import of Iranian goodness like pistachios, carpets, caviar, and saffron, according to the New York Times. It actually could really affect the California pistachio market (and make them cheaper, finally).

Who needs to worry about oil and nuclear weapons when red pistachios will be all over the place? Some sanctions will remain in place, though. The United States still considers them a state sponsor of terrorism and there are major trade embargoes still in place. Iran, for example, can buy and sell dollars, but they can't use the U.S. banking system.

According to the New York Times, Iran could start seeing the benefits of the lifted sanction very soon. They'll be able to access $100 billion of money that's been frozen. IAEA director general Yukiya Amano said in a statement that the lifted sanctions means that "relations between Iran and the IAEA now enter a new phase. It is an important day for the international community. I congratulate all those who helped make it a reality."

Even if the economic benefits take some time, the lifting of the sanctions is just another step made entirely possible by Secretary of State John Kerry and Iranian Foreign Minister Mohammad Javad Zarif's continued diplomacy. The release of the ten American soldiers this week and the prisoner swap this weekend are just two signs of relaxed tensions between the two countries.