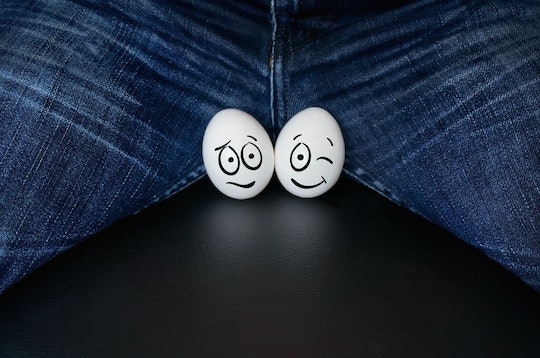 Is A Vasectomy "Easier" Than Getting Your Tubes Tied? Experts Explain

If, like me, you've decided you're done having babies, or if you've decided you never want to get pregnant either again or at all, it might be time to consider a permanent birth control option. If you are in a heterosexual relationship, it's natural to wonder if it's easier for you or your partner to take the plunge. So, is getting a vasectomy easier than a tubal ligation?

According to experts, the short answer is yes, but like many things in life it depends on your definition of "easier" and on a variety of factors. According to Planned Parenthood, medically speaking, vasectomies are simpler procedures and involve fewer than getting your tubes tied. However, you might be surprised to learn that the Guttmacher Institute reports that more people choose tubal ligation (15.5 percent) than vasectomies (5.1 percent) for permanent contraception. According to a study published in the American Journal of Men's Health, this might be because vasectomies aren't frequently offered at family planning providers, mainly because men aren't asking for them. Other factors which might make getting a vasectomy more difficult than a tubal ligation are the costs related to the procedure, with tubal ligation procedures covered at 100 percent by insurance while vasectomies are not required to be covered by insurances, according to Healthcare.gov.

According to Planned Parenthood, getting a vasectomy is relatively "easier" than getting your tubes tied, in terms of time, invasiveness, potential risks, and recovery. Tubal ligation is a surgical procedure done under general anesthesia (which means you will be asleep for the procedure). So it carries risks of bleeding, reactions to medications, and infection. The procedure is mostly commonly done laparoscopically or via small incisions in your abdomen. It can also be performed during childbirth if you have a C-section, or shortly after delivery via a small incision near your belly button. After your tubal ligation, you will likely go home the same day, but you should expect to take it easy for up to a week and may need prescription pain medications during your recovery.

The same site describes getting a vasectomy as similar to going to the dentist. During the procedure, your doctor will numb you with a local anesthetic and cuts the vans deferens — the tubes that carry sperm from your testicles — via either a tiny incision or puncture in your scrotum. The downtime is usually minimal, and there are few risks, mainly pain, bruising, and infection. Pain is generally managed with over-the-counter pain medications or ice. Vasectomies are medically speaking less invasive and risky than tubal ligations, especially considering that women literally bear all of the risks of childbearing.

Considering differences in the procedures, you might be surprised to learn that according to Guttmacher Institute, female sterilization is the second most commonly used contraceptive method in the United States, with 15.5 percent of women 15 - 44 years old using this method, which places it right behind birth control pills (16 percent). It's far more popular than vasectomies, which is relied on by 5.1 percent of sexually active women to prevent pregnancy.

One reason that more women might get their tubes tied could very well be cost. While tubal ligation procedures are often covered 100 percent by Medicaid and private insurance plans, thanks to provisions in the Affordable Healthcare Act, vasectomies aren't required to be covered. According to BabyCenter, a vasectomy can cost anywhere from $350 to $1,000, and, again, may or may not be covered by insurance.

There might also be differences in access. One study published in the American Journal of Men's Health showed that publicly-funded family planning clinics often don't offer vasectomies, because there's not enough demand for the procedure and they often can't find providers willing to do them for a low reimbursement rate.

People might also face challenges accessing tubal ligation. According to a study published in the Journal of Obstetrics and Gynaecology Canada, women might not be able to get their tubes tied because doctors refuse care, especially if they are younger than 35 or don't have children. The study noted that health authorities recommend that women be offered sterilization regardless of their age or whether or not they've been pregnant, but that hasn't stopped doctors from refusing to perform the procedure. The American Civil Liberties Union reports that other women have been refused tubal ligations by Catholic hospitals, even in cases where their health or might be at risk if they get pregnant. The ACLU claims this practice is discriminatory and is helping women fight back.

In the end, the decision to permanently prevent future pregnancies is deeply personal and may not be "easy," no matter what type of procedure you get. There are pros and cons of each procedure, and it's ultimately up to you and your partner to weigh the risks and benefits and decide what works for you both.