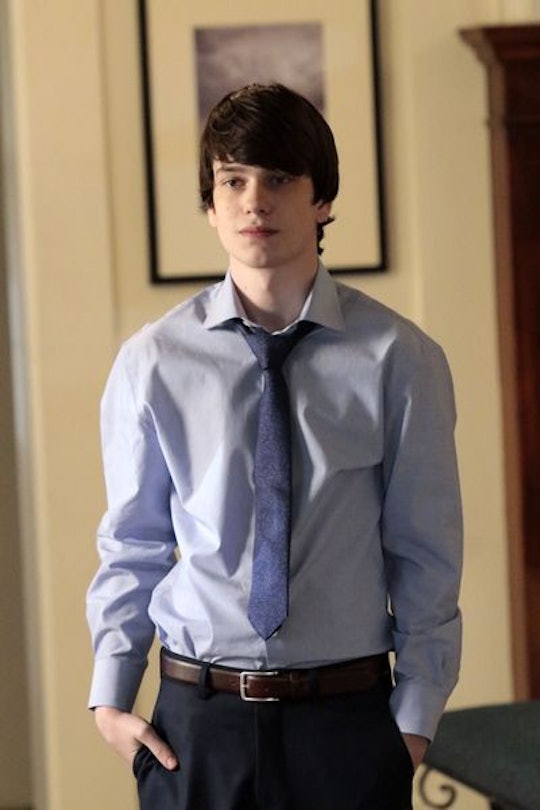 Is Adam Really Dead On 'The Family'? We Finally Have An Answer

By now we know that Adam is certainly not the real Adam on The Family. We know that he is Ben, a boy with no family, who took the place of Adam after he and Willa hatched a plan to bring the dead Adam back to life. The plan is sure to derail — two of the four Warrens know that Adam is actually Ben — but the real "wait and see" moment is if (and when) we find out Adam isn't really dead on The Family. It sounds like a crazy conspiracy, but it's not all that out there, considering a few key details.

On Sunday's episode, we found out that Ben and Willa created a plan for Ben to take over as Adam to help bring the Warren family back together (and probably help Claire win her campaign). Ben escaped the bunker and found himself at the Warren home, which is where the plan all began. All of this happened just days after Adam died, or at least, appeared to die.

The reason there's some skepticism about Adam's death is simple — we haven't seen the body. On the show, Adam looked very sick — deathly sick — but then it cut to Doug telling Ben that Adam didn't make it and that he (Doug) did "everything he could" do to save Adam.

But what if Adam is not dead? What if Adam was able to escape when Doug took him out of the bunker? Doug probably wouldn't be very keen on sharing that Adam escaped with Ben, which is why he might have said that he was "in a bad way."

Then again, as twist-and-turn-y as this theory is, Jenna Bans, the creator of the show, told TV Guide that "[Adam] is dead," in a recent interview post-Sunday's episode.

"In the writers' room, we knew for so long Adam was dead and that it wasn't Adam [who came back], but we didn't have a name. So we were calling the real Adam Radam and the fake Adam Fadam. It was terrible. So we finally gave fake Adam a name: Ben. We're going to find out a lot more about Ben himself and his true identity and where he comes from, what the nature of his relationship was with Adam, what their life was like in the bunker."

So, even though it's fun to theorize and scream "SHOW ME THE RECEIPTS" to your TV screen when thinking Adam's not really dead, it appears we have our answer. It's unfortunate, since that would have been a twist on top of a twist, but dealing with "Adam Fadam" will have to do. It's plenty of twist to deal with, that's for sure.