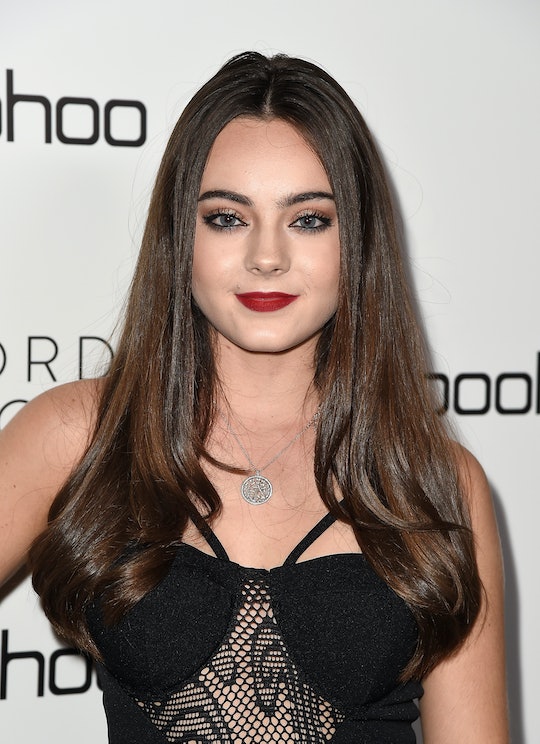 Addison May Be Connected To Alison On 'PLL'

A.D. was finally revealed on Pretty Little Liars. Well, kind of. Newcomer Addison Derringer, who's initials just happen to be A.D., has come to Rosewood and she's already stirred up some trouble. The youngster is like Alison 2.0 except, as Ali put it, Addison doesn't even look up from her phone when she's mouthing off. The similarities between their mean girl personalities are so strong that fans can't help but wonder is Addison related to Alison on Pretty Little Liars?

While it's possible that Addison is just another mean girl like Alison was, the fact that her initials are also A.D. and her name is very close to Alison's seems like too much to be a coincidence. Plus, when it comes to Pretty Little Liars, everyone's a suspect until proven innocent and this girl is definitely suspicious. Even Emily thought so when she suspected Addison and Jenna were texting each other at The Brew. Besides, if Addison isn't related to Alison, why did she just show up? Why bring in a new character in the final 10 episodes of the show if she's not connected to everything somehow? It doesn't make sense.

Another clue that points to Addison being a DiLaurentis is the fact that the actress who plays her, Ava Allan, is listed as appearing in the series finale on IMDB. Why would Addison be back for the finale if she wasn't somehow part of this twisted family?

If Addison is related to Alison, how are they related? The most likely explanation is one that's been floating around for a while. Many fans believe Mary Drake has yet another child. Though many fans believe that other child is actually Spencer's twin, what if Spencer actually has a little sister and that sister is Addison? It kind of make sense.

Addison has the same dark brown hair that seems to be the common physical thread between Spencer and Mary Drake. Additionally, Alison isn't the only one that had the classic DiLaurentis sass. Charlotte had it too and it wouldn't be surprising if her little sis had it as well.

Still, if Addison is Alison's cousin and Spencer's little sister, why is she just popping up now? And on top of that, how could Addison be a part of the family but somehow manage to stay hidden away for this long? Hopefully, all will be revealed in these final episodes and we can finally figure out this complicated family tree once and for all.