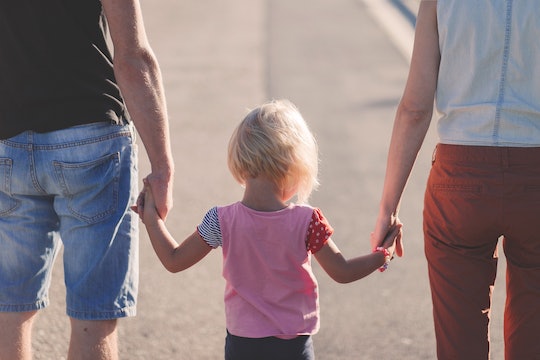 The process of adoption has never been especially easy, but recently, according to the Associated Press, the declining rate of adoption in the country has made things even more cumbersome. One would think that with adoption rates in the United States dropping in recent years, adoption would become easier — but in fact, the decline in agencies' business has made the adoption process even more difficult for couples who want to adopt a child.

According to a report by the National Council for Adoption, the number of adoptions has declined from a total of 133,737 in 2007 to 110,373 in 2014, a drop of about 17 percent. Over half of that decrease can be attributed to a significant decline in international adoptions. The United States has also seen a steady drop in the number of adoptions of relatives.

The problem appears to be multi-faceted. According to figures from the State Department, there were only 5,372 international adoptions in 2016, a decline of 76 percent from 2004's 22,884. According to the Associated Press, the State Department attributed the decrease in adoptions from abroad to external factors, such as an increasing rates of domestic adoption in China, Russia's decision to suspend adoptions to the United States, and commonplace corruption and unethical practices that forced several countries to shut down international adoption.

Those difficulties have lowered the number of international adoptions, a decrease that has in turn affected agencies. With fewer foreign adoptions taking place, agencies have been forced to do more with less revenue, and several large agencies have been shut down for unethical practices or filed for bankruptcy. One agency, the Independent Adoption Center, declared bankruptcy in February and closed suddenly, unfortunately leaving its 1,900 American clients — many who had invested a significant amount of time and money into the adoption process — without children, according to CBS.

"There have been a substantial number of closings in the last 10 years," Chuck Johnson, CEO of the National Council for Adoption, told CBS. "So, you’ve got this huge demand by Americans to adopt and yet there are really, in terms of infant adoption and inter-country adoptions, there aren’t many options."

According to The New York Times, Americans are still responsible for the highest number of international adoptions worldwide, but if the United States wants to see the rate of children adopted increase again — from both within the country and abroad — there will have to be more careful regulation of agencies' unethical practices and an increase in the number of couples willing to adopt older children.