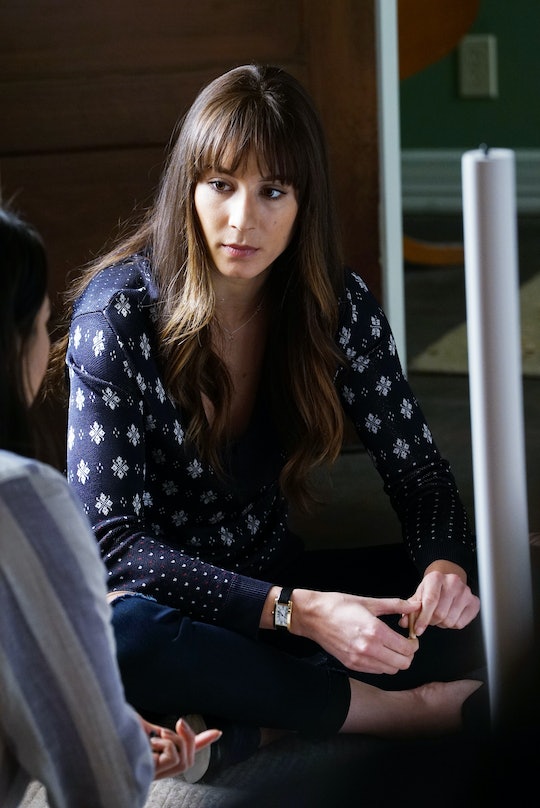 Spencer's Sister Could Be A.D. On 'Pretty Little Liars'

Now that viewers know Spencer really does have a twin sister named Alex Drake on Pretty Little Liars, it seems ever more likely that Alex is behind everything nefarious going on in Rosewood. Alex has been sneaking around pretending to be Spencer for the better part of two years, making it natural to wonder: is Alex Drake A.D.?

Though the show held off on an official confirmation for most of the episode, evidence was stacking up that indicated Alex was almost definitely A.D. Her initials matched up perfectly, but she also had plenty of motive. Alex was deeply jealous of Spencer's life because she felt Spencer had gotten everything while she got nothing; it was a classic trope for a "twins separated at birth" soap opera storyline. She hated the Liars but she also wanted desperately to be a part of them, giving her a reason to take out her frustrations on them while she took over Spencer's life.

She was also revealed to have had a hand in the conception of Alison and Emily's twins. Viewers had been left wondering who the father was, but Alex sneakily admitted (to one of the babies, who couldn't tattle on her) that Wren's sperm had been used to fertilize Emily's eggs. Alex was definitely involved in some of what went down in Rosewood, even if she wasn't behind everything.

But arranging Alison's pregnancy wasn't the only sign that Alex was A.D. She was incredibly close to Charlotte after they found out they were sisters, so Alex could have learned the game from the master herself. After Charlotte died, Alex inherited all of her money, giving her the endless funds A.D. would need to pull off their numerous schemes. She also implied that she was the one who shot Spencer. Plus, Alex built an entire underground lair, which was a classic A move.

Despite all of her misdeeds and murder attempts, Alex never officially announced that she was A.D. However, even without her saying the words, "I am A.D.," it seemed pretty clear that Alex was the one who was behind everything all along. She was pulling the strings, and her motives (however irrational) did make sense. She wanted revenge on Spencer for being handed a seemingly perfect life but she also wanted to avenge the death of her beloved sister Charlotte. A.D. had been looking for Charlotte's killer the whole time, after all.

The finale was a wild ride that brought an end to a series full of twists and turn, making it the perfect way to say goodbye to Pretty Little Liars.