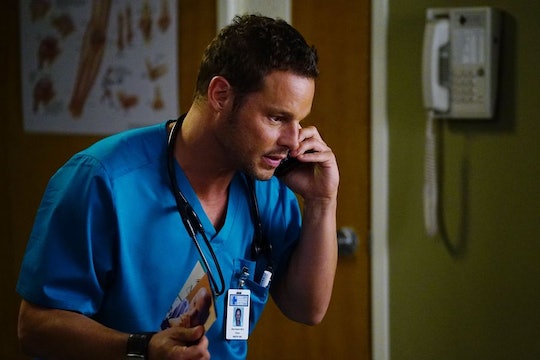 Grey's Anatomy has never been one to pull back any punches and Thursday night's winter finale made sure to deliver on multiple levels. Obviously fans were treated to the usual heart-wrenching drama that tends to encompass each episode, but on top of that the series also left us with a frustrating cliffhanger. So is Alex Karev leaving Grey's Anatomy for good? The winter finale left him at a sort of crossroads. Viewers have known for quite some time now that Alex's trial was on the horizon and that the fate of his career (not to mention his time on the show itself) was hanging in the balance.

And while initially he seemed determined to try his luck at the trial, Jo's confession about her husband seemed to change his priorities, tempting him to consider taking the District Attorney's plea deal of two years in prison. Despite how terrible Alex's behavior has been all season, this episode proved that at his core, he's genuinely decent guy, who doesn't want to see the woman he loves be put through anymore pain.

You see, the reason Jo confessed to Alex in the first place was because she was going to be called to the witness stand to testify during the trial, which means they could potentially ask her about her husband, making it matter of public record. And since she can't risk lying on the stand — since getting caught would lose her the medical license she's worked so hard for — she'd have to tell the truth. And she wanted Alex to know it from her privately rather than have it dragged out in court.

So if Alex does, indeed, take the deal, that means viewers could potentially not see him for two whole years, unless Grey's opts to do some sort of time jump to when he's being released. However, Meredith's passionate voicemail to him may convince him not to go through with after all. Naturally, the episode left us all in the lurch regarding Alex's decision of how he wants to proceed. But given that he and Meredith are the last two originals from the main group Season 1 interns left, I want to believe he's going to be sticking around. Shonda Rhimes wouldn't torture us like this... would she?

Alex seemed pretty determined to help Jo, but his hesitation at the very end offers up hope that he may have a change of heart. Fans will have to wait until January to know for sure how this all plays out.