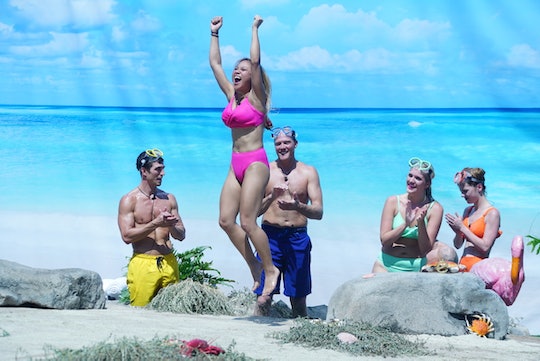 After winning the first Power of Veto competition and being the center of some of drama this season, Alex Ow is already making a name for herself on Big Brother. She's pretty great, which sort of had me wondering as I tried to find her Instagram account whether or not Alex from Big Brother 19 is single or not. Unfortunately, she does not have a very active social media life (or she's totally hiding from Instagram and Twitter). But Alex's Facebook page, which is being run by a friend of hers at the moment, is marked "single."

I have to believe that if she had a partner, they'd be the one encouraging her network to vote for her and would have edited her profile to reflect her correct relationship status. At least, that's what I would do. So Alex isn't tied down by anyone, which is a good thing in this game. If you're too worried about missing someone from home, it can start to mess with your head along with all the other competition. Usually, contestants with S.O.'s don't last too long on reality shows.

Judging by Cody's behavior as Head of Household, she might not be single for long. A lot of viewers are noticing that Alex and Cody might have something going on.

After Megan's self-eviction, Cody nominated Alex and Jillian for eviction. Cody's alliance, such as Mark and Elena and Raven and Matt, along with Dominque, Paul, and Christmas, all wanted Alex out of the house ASAP and viewed her as a threat to their success. But he threw the competition and made sure that the Power of Veto went to Alex.

Although Cody's in a showmance, he seems to have a thing for Alex. He even called Jessica "Alex" by accident when they were laying in bed together. Yikes! But Alex wants nothing to do with one. She even held up her Power of Veto and called it her "showmance." Cody even asked her what she would do if she was HOH and she said she would try to break up his alliance. She's pretty hilarious. And definitely in it to win it.

It's difficult to say where things will go from here and how it'll play out for Alex moving forward. She already has a lot of people in the house who want her out, though she does have Cody on her side, which she could try to use to her advantage. Either way, she's clearly dedicated and doesn't instead to let anything (or anyone) get in her way of victory.