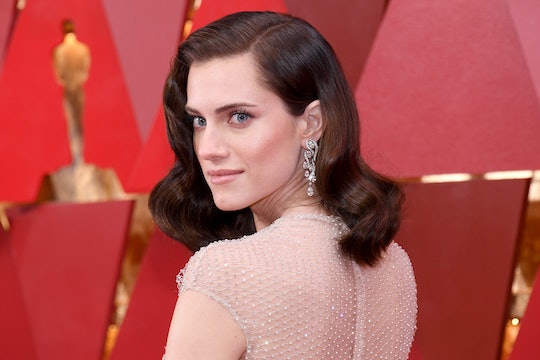 Warning: Season 2 finale spoilers ahead! Beatrice has been an important figure in A Series of Unfortunate Events from the start, though audience members have never seen her. Each two-part episode opens with a dedication to her, and it seems like she was deeply involved in the V.F.D. in years past. When Allison Williams appeared in the final episode of Season 2, it was very easy to assume that the long-awaited Beatrice was finally making an appearance. But is Allison Williams Beatrice on ASOUE?Warning: book spoilers ahead!

To figure that out, one must first review everything there is to know about Beatrice. She was a member of the V.F.D. whom Lemony seemed to care for a great deal, and she was the one who stole the highly sought after sugar bowl from Esmé Squalor. And while the show hasn't confirmed this yet, book fans know that Beatrice is also the Baudelaire children's mother. If Williams is Beatrice, then it would mean Beatrice survived the fire at the Baudelaire mansion, which could change everything for Violet, Sunny, and Klaus.

The final two episodes of Season 2 did indicate that there was a fire survivor out there, though it didn't specify which fire or who survived. The children immediately jumped on the idea that it could be one of their parents, and Williams' arrival was positioned in such a way as to make it seem there was a connection there. It seemed like she could be in possession of the sugar bowl, which Beatrice stole. Lemony also remarked in his voiceover that Williams' character was someone he knew well.

Williams might be too young to be playing a mother of three, especially when eldest daughter Violet is a young teenager. While characters' ages don't necessarily reflect those of the actors who play them, Williams is 29 and Violet's actress Malina Weissman is 15; there's only a gap of 14 years between them. Taking into account that Beatrice's contemporaries in the V.F.D. are in their thirties and forties, it begins to seem a little strange that Williams' "Beatrice" would be noticeably younger.

There's also the timeline to consider. Williams' character returned to the Caligari Carnival after it had burned down in Episode 10, but she had previously been staying there and serving as Madame Lulu before Olivia Caliban took over. But the Baudelaire fire hadn't occurred that long ago. Would it really make sense for Beatrice to escape and immediately take up residence as a fortune-teller at a carnival, leaving her three kids to face danger week after week? Even if she put V.F.D. duties ahead of her parenting responsibilities, it seems like a stretch.

The identity of Williams' character is uncertain, but it's unlikely (though not wholly impossible) that she could be Beatrice Baudelaire. Fans have already begun to speculate that she's actually Kit Snicket, Lemony's younger sister, which could fit the evidence just as well. Kit is also a member of the V.F.D. so she would be involved many of the same shenanigans, and Lemony would know his sister well. Kit does appear in the later books of the series while Beatrice does not, which could be another hint.

Williams' appearance hinted at what to expect in Season 3, but fans will have to wait until then to understand what it all means.