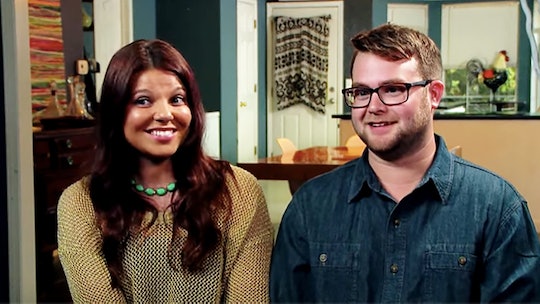 Is Amy Duggar Having A Boy Or A Girl? The Mom-To-Be Can't Wait To Meet Her Little One

Those who have followed the Duggar family since their 19 Kids & Counting days probably remember cousin Amy. She's the bubbly, spunky niece of Jim Bob — and she definitely doesn't abide by the same set of strict rules as her highly-conservative cousins. Although Amy doesn't often appear on TLC's Counting On, she did dabble in a career as a recording artist, and even had her own reality TV special. So she's amassed a decent-sized social media following. Still, fans of the rebel cousin might be wondering: Is Amy Duggar having a boy or a girl?

As a refresher, Amy married Dillon King back in 2015. The couple announced back in April of this year that they're expecting their first child, according to Entertainment Tonight. "BABY KING IS ON THE WAY!!!" Amy wrote on Instagram at the time. "Happy Easter from our growing family to yours!!"

“We are completely speechless, overly excited and ready for the next chapter as new parents!” expecting mom and dad told People at the time.

Amy has made it a point to keep her Instagram followers updated on her pregnancy. From sharing her random cravings, to posting bump photos and whimsical chalkboard updates, it's obvious the mama-to-be is over the moon about meeting her first child. So you can bet Amy excitedly shared the sex of her baby with them, too.

In June, Amy and Dillon announced the sex of their baby to their Instagram followers, In Touch Weekly reported. "It's a boy!" the mom-to-be revealed alongside a photo of blue feathers exploding from pillowcases all around herself and Dillon.

“I’ve always wanted to be a boy mom! Dillon builds lifted trucks, so I can just imagine how suped-up the Power Wheels will be,” Amy told People at the time. “We just can’t wait for this little ball of energy to arrive! He’s already named, so let all the embroidery begin. I am so obsessed with baby bath robes!”

Later in June, Amy announced what they had decided to name their son. “Baby Dax we cannot wait to meet you!! You already bring so much joy into our lives!! We love you so much Daxton Ryan!” she captioned a photo of his name written in sand on a beach, according to People.

Clearly, Amy is so looking forward to life as a "boy mom." And it seems she's prepared for whatever rough-and-tumble, creepy-crawly shenanigans her little guy might be up to. (Or who knows? Baby Dax could very well be a chill dude who hates getting dirty.)

"Just embracing my cool boy mom style!" Amy captioned a recent photo of herself rocking a pair of overalls. "I can handle dirt, fishing, hunting, I love the outdoors and camping and canoeing and little critters! But I swear if my son ever brings me a snake or picks up a rat I will lose it!!" Honestly? Same.

Considering Amy's due date is in October, she and Dillon don't have too much longer to wait before they're able to meet their baby boy. Maybe there will eventually be a birth special on TLC's Counting On to mark little Dax's grand arrival? I guess Duggar fans will just have to tune in to find out!