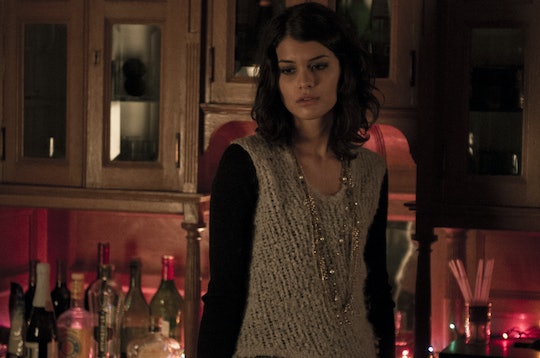 Is Andrea Really Dead? This 'The Night Of' Fan Theory Could Change Everything

The only plotline moving quickly on HBO's The Night Of is the progression of John Stone's eczema; both Nasir Khan's trial and all the details of Andrea's murder are coming together at a snail's pace. But with only three episodes left in the eight-part miniseries, how could they possibly gather up enough information to solve the murder? It's prompting some fans to wonder: is Andrea really dead on The Night Of? Before you chime in with "but the body!," consider this: what if the dead body wasn't really Andrea Cornish's? What if it belonged to a girl who simply looked like her, and Andrea was in on the plot to kill her and frame Naz for the crime?

It sounds wild, but, considering we don't know much about Andrea's past, it's not completely out of the question. It's entirely possible that Andrea needed to fake her own death for some reason — maybe she's in over her head with a drug dealer? Maybe someone even more dangerous than that is after her? Or, maybe she's very close to a dangerous person, either in a sexual context, or simply because she owes them. Maybe they needed this mystery girl dead for some reason, and Andrea was either conned into setting Naz up for the crime or offered to help. It's also been suggested that perhaps something will out during the trial revealing that the stab wounds were not, in fact, the cause of death for the woman in the morgue. (Although it seems unreasonable for the bloodshed to be so prolific if the body was stabbed after death.)

But what evidence is there that the woman in the morgue isn't Andrea? Well, for starters, Andrea's stepdad, Don Taylor, was awfully weird about identifying her body. At first, he unequivocally stated that it wasn't her. It was only when pushed by Detective Box, who threatened to take Don to see her, that he turned his story around and said that the body did belong to her. It's possible that he was right the first time, that the body didn't belong to Andrea, and that he simply came to understand during the beat when Box asked him to look again what he stood to gain if Andrea was dead — her Upper West Side townhouse and whatever other fortune her mother left her. What if Andrea's dad wasn't directly involved in the murder — as many other fan theories imply — but simply indirectly benefitted from the set-up of a mistaken identity?

This would certainly offer up an easy resolution to the trial and the mystery of what happened to Andrea, which would make sense given the short amount of time we have left in the season, and how slowly the murder investigation itself is progressing.