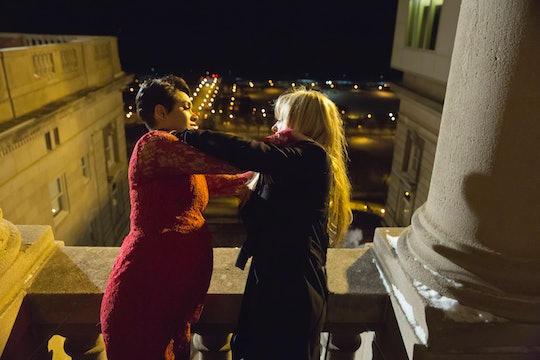 Is Anika Returning To 'Empire' Season 3? Season 2 Left Her On The Brink Of Death

Anika Calhoun really struggles with like, staying alive on Empire. She's battled a pregnancy panic attack, a suicide attempt, and multiple attacks by Rhonda (whom, in fairness, she did push down the stairs at eight months pregnant, forcing her to miscarry), but the Season 2 finale left Anika in especially dire straights. She and Rhonda were brawling (yet again) on a balcony (the single worst place to brawl on a murder-happy primetime soap opera), and just before the scene ends, we hear a "No!", a woman's scream, and we see Andre's horrified face. So is Anika returning to Empire Season 3? Its premiere is fast-approaching on Wednesday, September 21st, so we do have a few clues about the new season.

Showrunner Ilene Chaiken had confirmed that one of the two women does die as she goes over the railing. And before you go speculating that there might be some twisty survival plot, she added in a TVLine interview (with an ice-cold laugh), "It would be ludicrous to say that would be a survivable fall!" And there have been some hints pointing toward Kaitlin Doubleday (Rhonda)'s return to the show. For example, she was spotted filming on set back in July and she's posted this Season 3 promo shot on her Instagram. 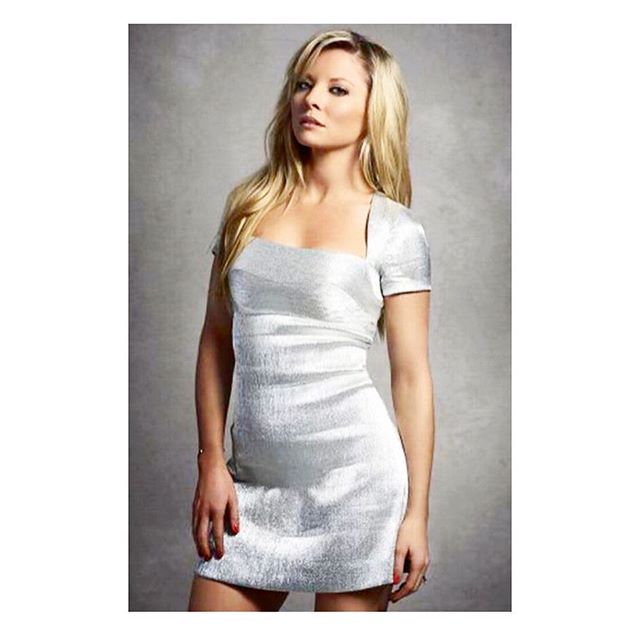 But this might be an elaborate red herring to throw us off the scent. Doubleday may simply have been on set filming a common Empire flashback scene. And posting the obvious promo when Grace Byers, who plays Anika, has posted nothing, may mean that producers are trying to hide any social media footprint pointing toward Anika's return to amp up the surprise factor.

But the most compelling piece of evidence pointing to the fact that it's Rhonda who dies, and not Anika, is from an interview with one of the show's executive producers and frequent episode directors, Sanaa Hamri, did with Variety. In it, she teased, "We ended on Andre (Trai Byers) witnessing a death so that’s going to deeply affecting [sic] him."

Sure, witnessing Boo Boo Kitty's death may be traumatizing for Andre, who already suffers mental health struggles. But would an exec really characterize Anika's death as being "deeply affecting" for him? Wouldn't it make way more sense that his wife Rhonda's death — especially so soon after they lost their baby — would be the thing to affect him the most?

Also, Empire ended Season 2 with a massively complicated set-up forcing Lucious and Anika into a marriage in an effort to protect Lucious from her testifying against him. Why would they jump through all those narrative hoops to frame Lucious's Season 3 legal battle just to kill Anika off, rendering that entire plotline pointless? From a story structure standpoint, it makes much more sense that Rhonda is the disposable character in Season 3.