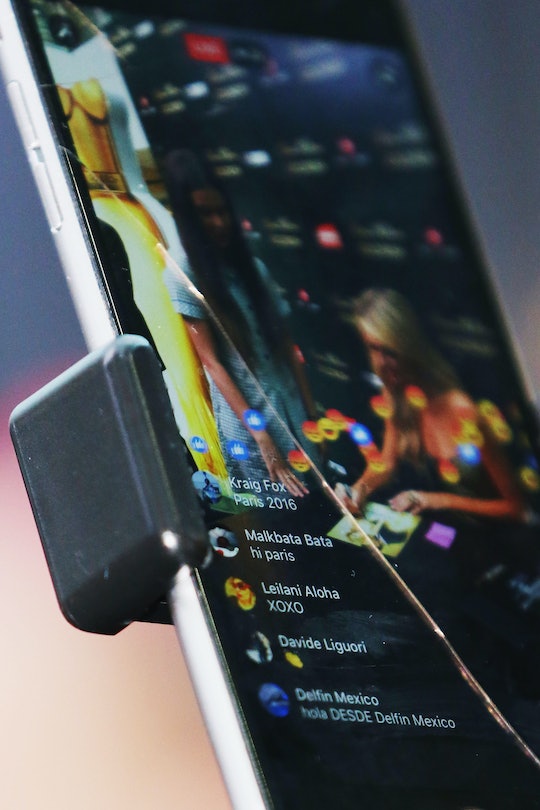 Is Apple Creating A Flip Phone? A Flexible Device Could Be In The Works

The internet laughed in Apple's face when it unveiled its futuristic wireless ear buds back in September, but chances are the nostalgics out there will be much more receptive of a potential throwback product that may be in the works next, if the rumors are true. Well, the ever-innovative tech company may not love the idea of characterizing the patent for a flexible iPhone it was granted Tuesday as a "throwback," but for my Lip Smacker-wearing, Pussycat Dolls-jamming soul, that's what exactly it is. Because there's a possibility that Apple may be (re)creating a flip phone concept in an upcoming generation of the iPhone, and it's a big deal for those of who who sometimes pine for the early aughts and simpler days.

According to CNN, the patent that Apple just reportedly obtained is for a product that would fold in half (yay!) and even latch onto your clothes, for convenience, presumably, and to save pocket space — so cellphone holsters can mercifully remain a thing of the past. Of course, Apple is certainly not out to simply replicate that Motorola KRZR you rocked in 2006. Instead, it's been amassing a series of related patents that, taken together, illustrate how the flip phones of our future will definitely live up to the expectations of the flip phones of our past.

And it's up against other flip phone enthusiasts like Motorola, for example, which recently teased a a flip phone resurgence.

Earlier this month, Apple clinched its first patent for what Quartz calls a "foldable phone," which would feature "carbon nanotubes" that would supposedly exist along the center of the device and serves as a hinge. The more recent patent for the "flexible display devices" that Apple just got the green light for would allow for a product with OLED screens that could bend toward each other as well as be placed back-to-back, CNN reported. In an exotic twist foreign to all flip phones that came before it, it could even bend into thirds.

While the future of the Apple flip phone is still uncertain, Samsung is reportedly in the process of engineering devices with foldable screens, according to Engadget, and that could be ready as early as next year.

Chances are that the flip phones may be a long, long way off, and there's a possibility that they could never manifest from Apple at all. But if and when they do return, I'll be there to greet them in my body glitter and flared jeans.