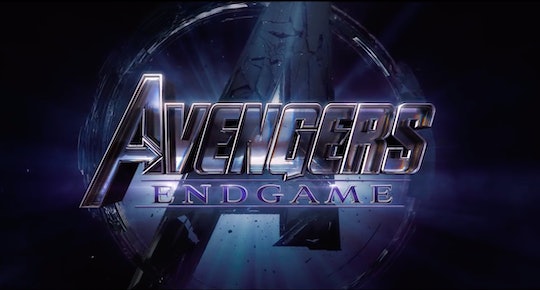 Parents: If You're Seeing 'Avengers: Endgame,' You Might Want To Get A Sitter

A new Avengers film is coming, and parents and children alike are presumably ready to flock to the theater to see it. The release has likely raised a lot of questions as families plan to purchase tickets before the April 26 release date, specifically is Avengers: Endgame appropriate for kids under 10? You may want to consider the reviews before heading to your local theater with all your kids in tow.

That's because, according to Common Sense Media, which allows the public to review films and provide age-appropriate ratings, the overall consensus seems to be that the latest in the Marvel series, Avengers: Endgame, is appropriate for older kids, but not those 10 years old and younger. Common Sense Media noted that the film "looks intense, violent," which would suggest that you may want to think twice about bringing younger, or more sensitive, children to see it.

Additionally, according to GeekTyrant, Avengers: Endgame clocks in at 181 minutes — nearly 3 hours — which could be tough for younger kids to manage. Moms and dads know how difficult it can be to get kids to sit through lengthy animated films.

So maybe leave the kids at home while the adults enjoy a night out at the movie theater.

According to a report from The Wrap, Avengers: Endgame sold five times as many presale tickets as Avengers: Infinity War did, and it's been projected that the film will rake in between $220 million and $260 million on opening weekend. There's no telling how many of those tickets sold were to children 10 or younger, but fans should expect to see a lot of families at the movies together to see it opening weekend despite warnings from reviewers.

It's worth noting that Avengers: Endgame is rated PG-13, according to CNBC. This means children seeing it alone should be 13 years old or older, unless accompanied by an adult. With the rating comes a warning that the film contains "sequences of Sci-Fi Violence and Action, and Some Language," according to The Mirror.

Parents should use their discretion before bringing children younger than 13 to see Avengers: Endgame, taking into consideration their child's age, maturity, and tolerance for gorey films.

Avengers: Endgame has been hailed as a departure for Marvel from its family friendly films, according to The Hollywood Reporter, which noted that Marvel films were previously billed as "family-friendly event films," but that's not been the case with this one. Despite the PG-13 rating, The Hollywood Reporter speculates that Marvel may only get more gore-heavy following Marvel and Disney's acquisition of 20th Century Fox. So it sounds like fans will just have to wait and see if that's true when it finally releases.

While Marvel movie releases have long been viewed as family events, you may want to leave the younger kids with a sitter while you see Avengers: Endgame. Look at it as an excuse to sneak in a date night or spend some time away from the kids with friends. You've probably more than earned it, and they can always catch it when they're older and more prepared for such a film.

More Like This
The Little Vampire Is Just Scary Enough
Watch An Exclusive Clip From Trick or Treat Scooby-Doo!
Kristen Bell Reveals Her Daughters' Handy School Night Routine Called "Flat Man"
The Addams Family Is Not Exactly As Kid-Friendly As You Remember