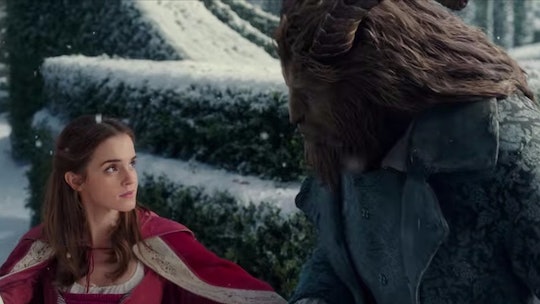 'Beauty and the Beast' Official Trailer/YouTube

Is ‘Beauty And The Beast’ Good For Children?

The day is almost here, everyone. After much anticipation, Walt Disney Studios' live-action retelling of Beauty and the Beast hits U.S. theaters Friday. That means, come March 17, fans of the classic fairytale can finally catch that breath they were holding for two years. Beauty and the Beast is expected to be a blockbuster hit among children and adults alike, but after some recent controversy, some parents have started to ask: Is Beauty and the Beast good for children? The 2017 remake attempts to rectify some of the issues with Disney's 1991 animated film, but some say it still has a few problems.

One glaring problem many had with the '90s version of Beauty and the Beast was Belle and the Beast's captor-prisoner relationship. Belle comes to be captured by the Beast after she offers up her own freedom in exchange for her father's, who the Beast imprisoned. Belle learns to love the Beast during her imprisonment, leading to that happily-ever-after ending the film is known for.

But critics of the animated classic have argued that, because of the nature of their relationship, the movie promotes spousal abuse and sends a poor message to young girls. Belle is continually mistreated, verbally abused, and forced to meet the Beast's demands, so her love for the Beast is evidence that she suffers from Stockholm Syndrome, according to parents who've reviewed the film on Common Sense Media.

Emma Watson, who stars as Belle in the live-action remake, has pushed back against this complaint, according to Cosmopolitan. The Harry Potter star and proud feminist said that, in the 2017 film, Belle retains her independence and continually argues and disagrees with the Beast. That, Watson argued, disproves the Stockholm theory. The jury's still out on whether her claim holds water, but parents should be prepared to explain Belle and the Beast's relationship to their children — particularly the problematic parts.

Stockholm claim aside, the 2017 retelling of Beauty and the Beast has received considerable backlash because it will feature Disney's first out-gay character. Last week, director Bill Condon revealed that LeFou, Gaston's bumbling sidekick, would have an explicitly gay moment in the movie. According to Out Magazine, ultraconservatives have called for a boycott of the film, with one theater in Alabama canceling showtimes all together. And, Billboard reported, Russia banned children under 16 years old from watching the movie because it promotes "the gay agenda" (whatever that is). Romper has reached out to Walt Disney Studios for a comment on the controversy and the company's fight for inclusivity.