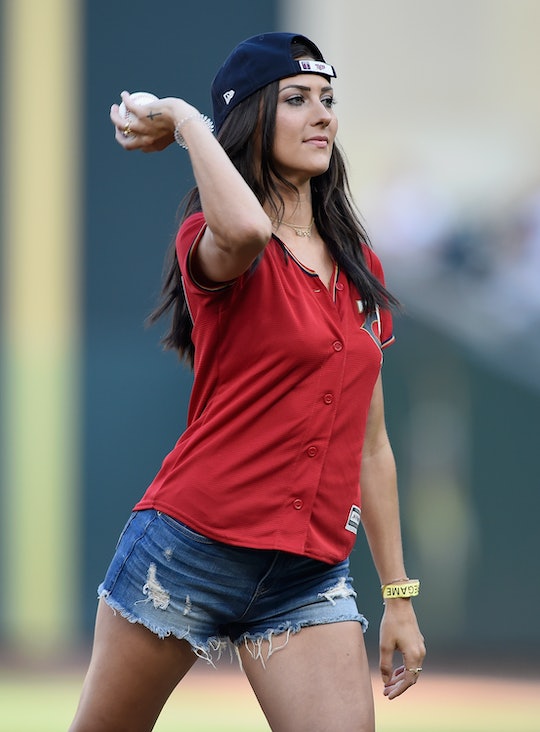 Becca Supports Colton Being 'The Bachelor'

So far, Becca hasn't made any announcements about her plans for watching The Bachelor this year. The show starts on Jan. 7 with a three-hour premiere, so it's always possible that Becca will tune in sometime during its run. Especially since she was planning to watch Bachelor in Paradise when it aired and she's been vocal in her support for Colton.

While talking to Us Weekly at her "Men Tell All" taping, Becca said that she would "a thousand percent watch" Bachelor in Paradise. So many of her friends were on it that she would have to cheer them on. If she was down to watch BiP, then it seems likely that she would be open to checking out The Bachelor, too. In another more recent interview with Us Weekly, Becca and fiancé Garrett Yrigoyen had nothing but good things to say about Colton's tenure as the Bachelor.

Becca revealed that she wasn't surprised Colton ended up starring in Season 23 because she assumed one of her top suitors would get the job. After making an impression on her season and then following it up with BiP, it made sense that he'd land his own season. She wanted all of the men from her season to find love and be happy. "So if [Colton] is all in and completely ready to do it again, [Garrett and I] will support him," Becca said. "We're excited for him."

She had some tips for Colton, too. She joked that he should invest in some Listerine strips, presumably for all the smooching, but then got a little more serious. He would be going on so many dates and meeting lots of very different women, so Becca suggested that he stay open to the possibilities. She cautioned him to be present, because the experience would go by so quickly. "If he can just embrace each and every single date and moment and conversation with the girls then that will make it the most worthwhile," she said.

Becca's advice for Colton is solid, but she didn't clarify if she would be watching to make sure he follows it. She did note that Garrett and Colton have remained friends and stay in touch. If Garrett wanted to support his friend and former co-star, then it would make sense for him and Becca to catch at least a couple of episodes this season.

Unfortunately, without confirmation ahead of time, fans will have to wait and see if Becca decides to watch The Bachelor. Currently her socials are reference-free, but that could always change as the season progresses. Depending on how dramatic it gets, she might not be able to resist watching.