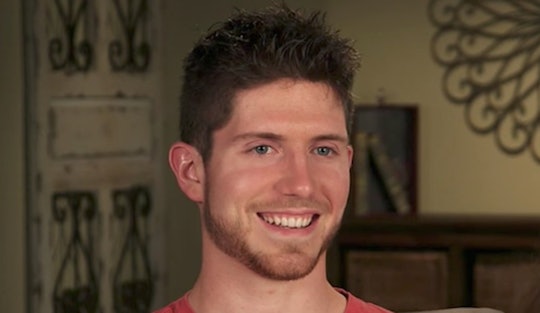 If you know anything about the Duggars, you know that they have very conservative beliefs. Many even see the Duggars' views as controversial (remember when Michelle Duggar said women should be sexually available to their husbands at all times?), which is why fans always seem to take notice when a Duggar member appears to deviate from the ultra-conservative family norm. Most recently, fans noticed that Jessa Duggar's husband, Ben Seewald, is expressing views that aren't exactly in line with Duggar family values, which has them wondering if Ben Seewald is liberal.

Many fans and spectators of the Duggars might not know that the Duggars have a long history in politics. In 2002, just six years before 19 Kids & Counting first aired on TLC, patriarch Jim Bob Duggar ran as the "ONLY Pro-Life candidate for U.S. Senate in the State of Arkansas," according to Snopes. Duggar ran on a very pro-life platform that also advocated to "execute" people guilty of rape and incest, according to HuffPost. Although Jim Bob ultimately lost the race to former Arkansas Sen. Tim Hutchison, the Duggar family continued to take part in politics.

In 2014, Michelle Duggar campaigned against an anti-discrimination ordinance in Arkansas designed to protect the rights of the LGBTQ community, like the rights of transgender and gender non-conforming people to use bathrooms that match their genders. Michelle argued that the ordinance's passage would "protect males with past child predator convictions that claim they are female to have a legal right to enter private areas that are reserved for women and girls,” according to The Washington Post. And Josh Duggar, the eldest Duggar son, held a position on the Family Research Council before his cheating scandal led to his resignation in 2015. In short, the Duggars are well-versed in conservative politics.

Given the Duggars' deep-rooted conservative beliefs, it's a bit surprising to fans that Seewald has expressed liberal views on Twitter. In August 2017, Seewald tweeted that he doesn't identify as a Republican or a Democrat. Seewald wrote on Twitter, according to The Inquisitr:

I'm not a Democrat or a Republican. But I love both Democrats & Republicans. Jesus does too. He is the ultimate solution to U.S. problems.

Furthermore, Seewald openly criticized President Donald Trump for his 2005 Access Hollywood tape, in which Trump infamously made his "grab them by the p*ssy" remark, according to The New York Times. Seewald said, according to Christian Today:

Trump's 2005 remarks about women is completely contrary to everything that we believe in as Christians.

Seewald's anti-Trump views are in direct conflict with those of Jill Duggar's husband, Derick Dillard, and the Duggar family at large. The Duggar family campaigned for Trump on the basis that he would "return the country back to God," according to The Hollywood Gossip, and Dillard regularly tweets his support for Trump.

As for political movements that Seewald supports, he has repeatedly backed the Black Lives Matter movement. Not only has Seewald expressed support of the "Take A Knee" movement, according to Raw Story, but he also condemned the death of Terence Crutcher, an unarmed black man who was killed by police in 2016. Seewald has also conducted interviews with influencers who support Black Lives Matter.

Of course, it should come as no surprise that Seewald's support of Black Lives Matter is allegedly causing some tension within the Duggar family. Dillard recently tweeted that "The U.S. is one of the least racist countries in the world. In unity, let’s strive to protect & improve this anomaly in history," according to Twitter, a sentiment that probably didn't sit too well with Seewald.

And on Tuesday, Seewald deviated from the Duggar fam again when he re-tweeted a slam on the GOP's pro-life hypocrisy via Matt Smethurst, a Managing Editor of The Gospel Coalition:

It's important to note here that Seewald still subscribes to many of the Duggars' views regarding abortion and other hot-button topics. It simply appears that Seewald is more open-minded and critical than his family members, which is definitely refreshing. Going forward, it will be interesting to see if Seewald becomes more "liberal" as time goes on.