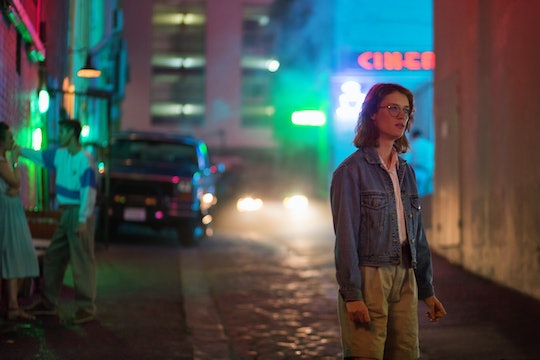 Is 'Black Mirror' Based On A True Story? It Can Seem Too Real

The best science fiction has a thread of something real in it. It takes the fears and anxieties of the real world and heightens them, twisting them into a metaphor that can be even more revealing than the truth. Black Mirror uses a mix of scifi and satire to explore issues of the modern world in a way that can feel eerily realistic even when the stories are not. Unusual as stories on the show can be, it does manage to hit a little too close for comfort sometimes. But are any of the stories actually inspired by on real events? Is Black Mirror based on a true story?

Black Mirror is an anthology, so every episode tells a different story, very much in the vein of other classic science fiction series like The Twilight Zone and Tales of the Unexpected. However, despite the fact that Black Mirror can often feel unsettlingly similar to reality, none of the stories told are actually based on anything that really happened. It's wholly original, instead using details that are just real enough so that it can leave viewers feeling deeply disconcerted. However, just because nothing on the show is technically true, that doesn't mean it hasn't appeared to predict actual events.

Created by Charlie Brooker, Black Mirror was making waves from its very first episode. If you're unfamiliar with the show, there's still a chance you've heard something about the plot of its premiere episode, which is about the Prime Minister being blackmailed into having sex with a pig on live television. Though it seems too grotesque to be grounded in any kind of reality, when (unconfirmed) stories emerged that Prime Minister David Cameron had put his business into the mouth of a dead pig while in university, Black Mirror became suddenly prophetic.

Brooker was inspired by our society's increased dependence on technology; even the name of the series is taken from all the blank screens that we interact with daily. In an article for The Guardian, he wrote, "The 'black mirror' of the title is the one you'll find on every wall, on every desk, in the palm of every hand: the cold, shiny screen of a TV, a monitor, a smartphone." He wanted to do what The Twilight Zone was able to do by couching real issues in layers of metaphor: the slight distance of unreality allows for even darker, crueler, and sometimes truer storytelling.

The stories of Black Mirror aren't true yet, but that doesn't mean they might not get there one day. No one can tell just what the future holds.